Your Easy Guide To The Paralympics Codes
Paralympics codes got you a bit baffled? Here, your essential guide to the Games. Plus: boccia and goalball explained! 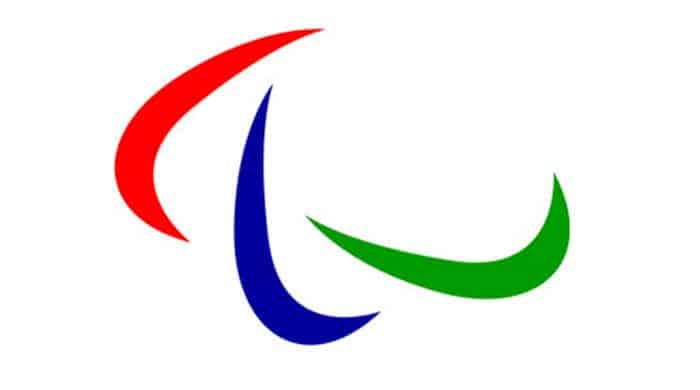 Paralympics codes got you a bit baffled? Here, your essential guide to the Games. Plus: boccia and goalball explained!

Open to athletes with a physical disability.
W1: Wheelchair users with impairment in all four limbs with either a clear loss of muscle strength, coordination or range of movement.
Open: Wheelchair users where their arms show normal function, but the trunk and legs are strongly affected. (Some athletes in this class may choose to compete standing but require some support because their impairment affects their balance.)

All athletes with physical impairments are eligible to compete in canoeing using a kayak with a double blade paddle.
KL1: Athletes have no or very limited trunk and no leg function.
KL2: Athletes have partial trunk and leg function; they are able to sit upright in the kayak. They will have limited leg movement during paddling.
KL3: Athletes have trunk and partial leg function and are usually able to use at least one prosthetic.

Cycling is open to amputees, “les autres” (athletes whose impairment doesn’t fall under one of the other categories), those with cerebral palsy and visually impaired athletes, competing in individual road race and track events. Athletes with physical impairments either compete on bicycles (road and track), handcycles or tricycles (road only).
B1-2: Visually impaired athletes compete on tandem bikes with a sighted guide.
Handcycle H1-5: Cyclists in H1-4 compete in a reclined position. H1 athletes have no trunk or leg function and limited arm function; H3 athletes have no leg function but good trunk and arm function. H5 athletes sit on their knees and use their arms and trunk.
Tricycle T1-2: Races for athletes who are unable to ride a bicycle because of a condition affecting their balance and coordination. Athletes in the T1 class have more serious coordination problems than T2 athletes.
Bicycle C1-5: Cyclists may have a condition like cerebral palsy or have a leg or arm amputation. C1 athletes have the most severe limitation; C5 athletes meet the minimum impairment criteria. For example, an athlete with a double leg amputation would compete in the C3 class, while an athlete with a single leg amputation would compete a class higher in C4.
Another potential to bring back the gold for SA!

All impairment groups can take part in equestrian sport with Para-dressage the only event on the Paralympic programme.
Grade Ia: Severely disabled riders with impairments of all limbs and poor trunk control who usually use a wheelchair in daily life.
Grade Ib: Riders with either severely reduced trunk control and minimal upper limb conditions or moderate upper and lower limb and trunk conditions. Most use a wheelchair in daily life.
Grade II: Riders have a very limited ability in both lower limbs and a good trunk balance, or milder limitations in upper and lower limbs with reduced trunk control. Some use a wheelchair in daily life.
Grade III: Ambulant riders (those able to walk independently) who have impairments in both arms or have no arms, or moderate impairments of all four limbs. This category also includes blind riders and those with conditions such as dwarfism.
Grade IV: Ambulant athletes with either impaired vision or reduced motion or muscle strength or impaired arm or leg function.

Played by those with a visual impairment. All players in the five-a-side game must wear eyeshades except the goalkeeper, who is sighted but can’t leave the area. There are no offside rules. The football contains ball bearings to produce a noise when it moves.

Played by athletes with cerebral palsy or a subsequent brain injury. Players are classified into one of the following groups; the C5, C6, C7 or C8 divisions, decided by the player’s level of limb control and coordination problems when running. All classes are comprised of ambulant athletes. Those in class five are least physically able; those in class eight are minimally affected. At least one C5 or C6 class athlete must be on the field at all times and a team isn’t allowed to have more than two C8 players on the field.
Check it out: 15 wow things you never knew about the Paralympics.

Goalball is played by visually impaired athletes. Participants wear black-out masks to ensure everyone, whether blind or visually impaired, competes equally. The masks are checked during the game. The ball has bells inside it to help to orientate the players and, as a result, the game is played in total silence.
Want to know more about goalball? Watch the vid:

Judo is contested by visually impaired athletes only. There is no categorisation as competitors are divided by weight in the same way as able-bodied athletes. The main difference is that athletes begin the bout “gripped up” (holding each other) rather than apart.

Open to all athletes with a physical disability and classified by weight alone. Paralympic powerlifters have disabilities in their lower limbs or hips, including paralysis, cerebral palsy and lower limb amputation. Both male and female competitors take part in 10 separate weight classes.

Rowing is divided into four classes made up of letters to identify which body parts athletes are able to use when rowing.
AS (arms and shoulders): Athletes have full movement in their arms and shoulders with limited or no leg function e.g. spinal cord injuries.
TA (trunk and arms): Athletes with a good level of trunk and arm movement. These athletes aren’t able to use a sliding seat when rowing.
LTA (legs, trunk and arms): Open to athletes with an impairment but who have movement in the legs, trunk and arms. This class can also include the visually impaired.
We’re super-excited about our rowers, including superwomen Sandra Khumalo, Shannon Murray and Lucy Perold! See what they had to say about their training for Rio….

Sailing is a multi-impairment sport where athletes from the amputee, cerebral palsy, visually impaired, wheelchair and les autres groups can compete together. Competitors are ranked according to a points system from one to seven, where low points are given to severe conditions and high points for the moderately able competitors. Each crew of three is allowed a maximum of 14 points between them.
Sonar: A mixed three-person crew.
Skud-18: A mixed two-person class. One sailor has a more severe level of impairment (equivalent to a class one or two) while the other must have a minimum level of impairment that prevents them competing on equal terms with able-bodied sailors.
2.4mR: Operated by a single person. Single-handed sailors must have that same minimum level of impairment.

Shooters are divided into wheelchair and standing groups. These divisions are split into six sub-classes, each of which determines the type of mobility equipment the competitor is allowed to use.
SH1: For pistol and rifle competitors who don’t require a shooting stand. Athletes in this class usually have an impairment in one limb. Athletes can choose to compete sitting or standing.
SH2: For rifle competitors who have an impairment in their arms and therefore require a shooting stand. Most competitors in this class compete in a wheelchair.

Swimming is the only sport that combines limb loss, cerebral palsy (coordination and movement restrictions), spinal cord injury (weakness or paralysis involving any combination of the limbs) and other disabilities (such as dwarfism and major joint restriction conditions) across classes. The prefix and class number provide a range of classifications, from swimmers with severe disability (S1, SB1, SM1) to those with minimal disability (S10, SB9, SM10). In any one class, swimmers may start with a dive or already in the water.
1-10: Swimmers with a physical impairment. The lower the number, the more severe the impairment.
11-13: Swimmers with a visual impairment.
14: Swimmers with an intellectual impairment.
S: Freestyle, backstroke and butterfly.
SB: Breaststroke.
SM: Individual medley.
Watch South African powerhouse Shireen Sapiro score her gold in Beijing!

Triathlon was accepted onto the Paralympic programme for the 2016 Games in Rio and it consists of a 750m swim, a 20km cycle and a 5km race.
PT1: Wheelchair users. They swim, cycle using a hand-bike and complete the 5km run in a racing wheelchair.
PT2-4: Ambulant athletes whose impairments include loss of muscle strength, range of movement and loss of limbs. They can cycle using approved adaptations and run with or without the use of prosthetics.
PT5: Visually impaired athletes who have the option to ride a tandem cycle and run with a guide.
Check it out: Why this photo promoting the Paralympics is so controversial!

Athletes with a physical impairment, the majority being amputees. A team may only have one MD player on the court while the other five players have to be classed as D.
Minimally Disabled (MD): Example: anterior cruciate ligament injuries and missing fingers.
Disabled (D): Physical impairment.

Open to wheelchair athletes, whose impairments may include paraplegia, lower limb amputation, cerebral palsy and polio. Players are given a points rating between 1.0 and 4.5 – a 1.0 point player equates to the most severe impairment, 4.5 to the least. Each team fields five players but the rating of each player must not exceed a total of 14 points at any time on court.

Open to wheelchair athletes, whose impairments may include spinal cord injuries, lower limb amputation and cerebral palsy and whose conditions prohibit them from competing against standing, able-bodied fencers.
Category A: Athletes with good balance and recovery, and full trunk movement with a fully functioning fencing arm. Not all athletes in this class use a wheelchair in daily life.
Category B: Athletes with poor balance and recovery, but full use of one or both upper limbs. The fencing arm they use may be affected and usually support themselves with their non-fencing arm while in action.

Athletes are classified using a points system, with the most severely impaired athletes being graded at 0.5 points, rising to 3.5 points for the more able. Each team comprises four players and is allowed a maximum of eight points on court at any one time.

Players are allowed two bounces of the ball, the first bounce being within the bounds of the court.
Quad: Severe impairment in the legs with some level of impairment in the playing arm. Most players attach the racket to their hand using a strap.
Open: For all other physically impaired athletes who use a wheelchair (some athletes in this class don’t use a wheelchair in daily life).
Looking for more on the Paralympics? Here are 15 fun facts we bet your didn’t know about the games and this controversial photo promoting the games sure got everyone talking!