We Spent 72 Hours With The New Fitbit Ionic — Here’s What You Need To Know
The new Fitbit Ionic just launched and promises all kinds of fancy new features to make fit girls' lives easier. So of course we couldn't wait to play. 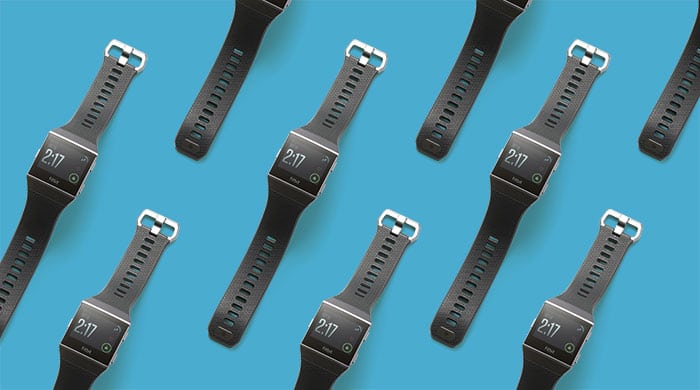 The new Fitbit Ionic just launched and promises all kinds of fancy new features to make fit girls’ lives easier. So of course we couldn’t wait to play. Here are the main things you need to know.

Here at WH HQ we get stupidly excited when a new fitness gadget launches. So we’ve been waiting for the Fitbit Ionic for weeks. On the upside, the ads listed all kinds of cool new features (Waterproof and heart rate? Like, for real?). On the downside, it looked, well, chunky. We’re not ones to go body-shaming fitness trackers or anything, but Fitbits have always been so sleek and light and small. This new one looked like the post-December-holidays version. So we got one. And, 72 hours in, this is what our tester, deputy ed Wanita Nicol, has discovered. 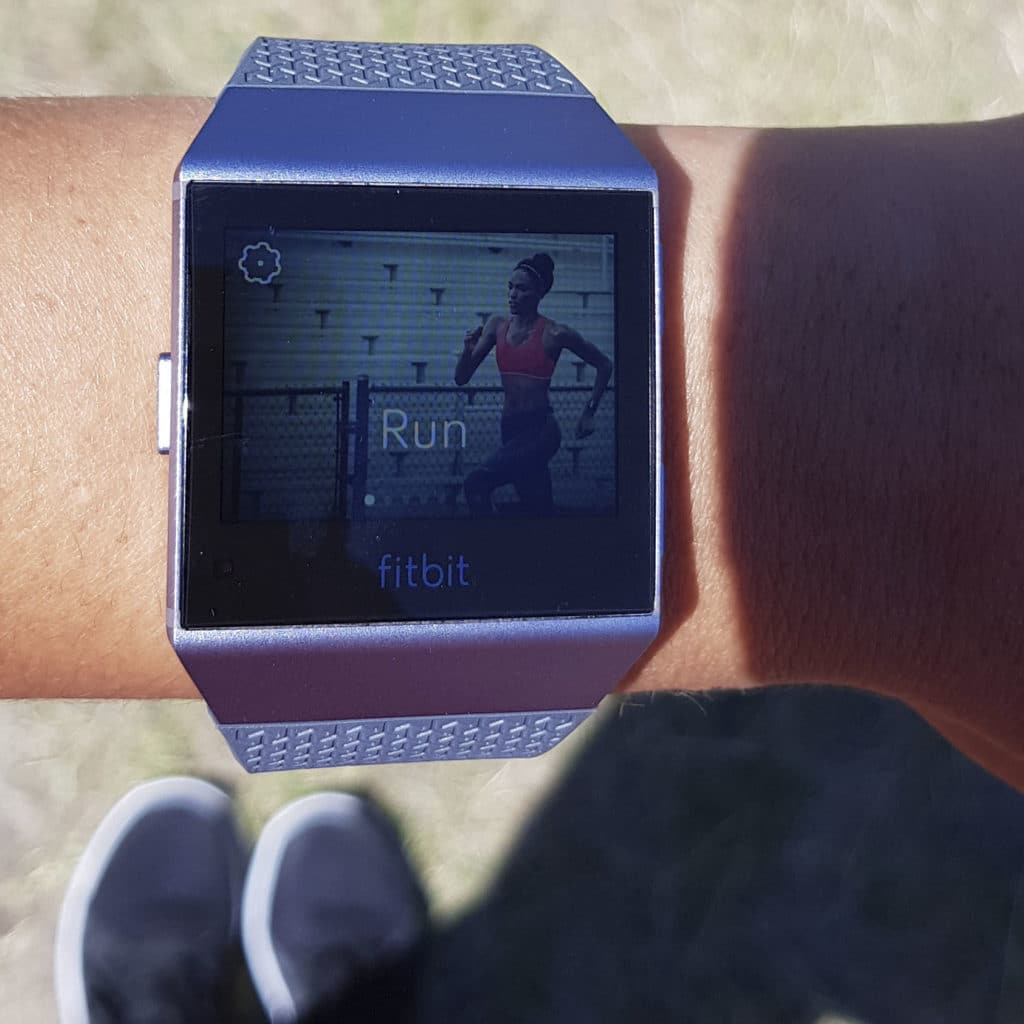 You can set your watch to auto-detect when you start running.

I have freakishly tiny wrists. Fitness watches usually look comical on my twigs, so I’ve been using the Fitbit Charge 2 HR – a slim band that doesn’t turn telling the time into an arm workout. First off, I was pleased to see it comes with two strap options in the box – small/med and med/large. The small fits my monkey-wrist snugly. Just be sure to really shove the new strap into the watch face, otherwise it comes loose. 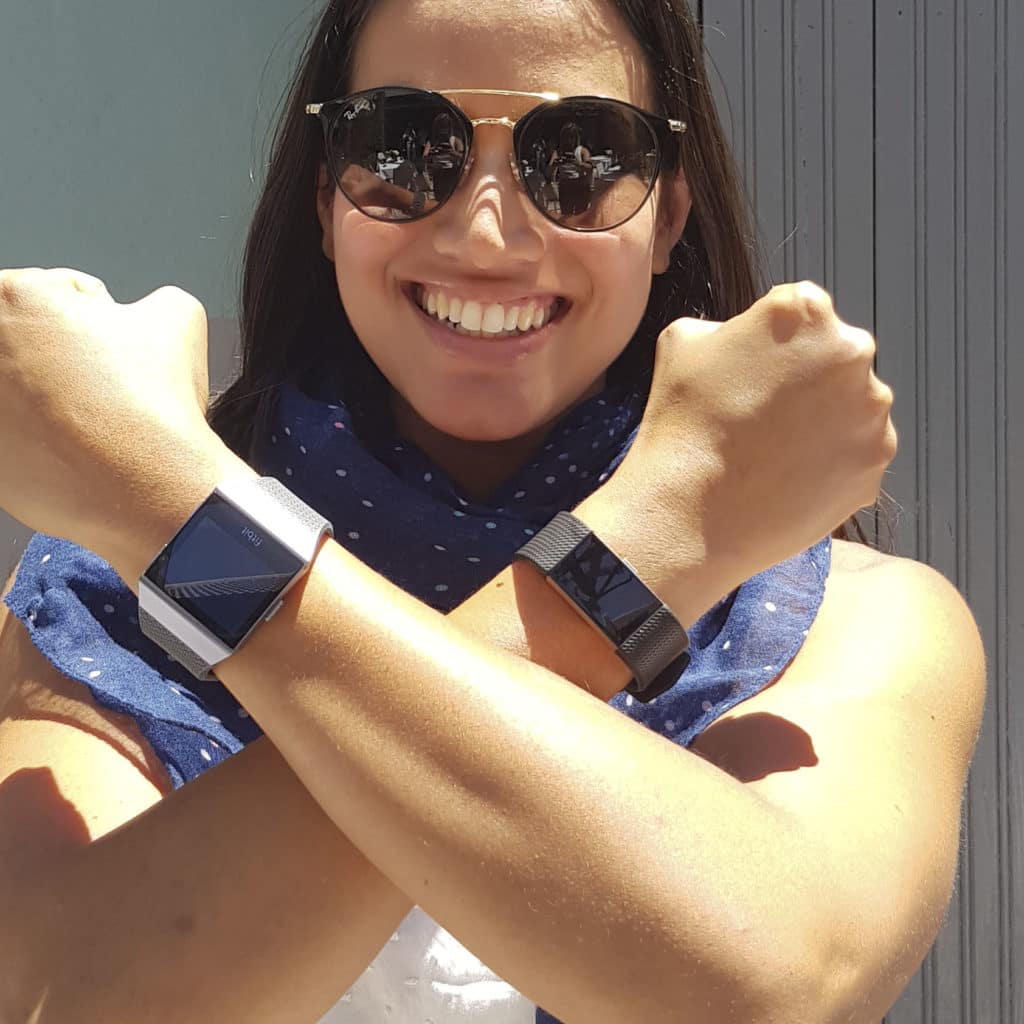 The Ionic has a way bigger screen than the Charge 2 HR, but is actually lighter and fits more comfortably.

I expected the Ionic to be massive, but it’s actually lighter and flatter than the Charge 2, even though the face is so much bigger. I wore them simultaneously, one on each arm, and was much more aware of the Charge 2 than I was of the Ionic. Fitbit director of new markets Vincent Lamoureux explained that the heart rate monitor is flat compared to previous models and the square screen was designed partly so that it won’t dig into your wrist when you’re doing moves like high planks and handstands. Clever.

READ MORE: 5 Reasons Why You Should Track Your Workout

1/ It Measures Heart Rate While You Swim

So if you read the magazine, you’ll know that I failed my swimming fitness challenge this year. And one of the main reasons was that I couldn’t clock Discovery points in the water. That free coffee, man, it’s like a drug. This new Fitbit not only allows you to swim with it, but it measures your heart rate in the water at your wrist (no chest strap required). Lamoureux says you can wear it in the sea, too, but stresses that you must rinse it off in fresh water after. I haven’t taken mine for a dip yet, but it survived my regulation two-minute Cape Town shower just fine. The touch screen works well even when the screen is wet. 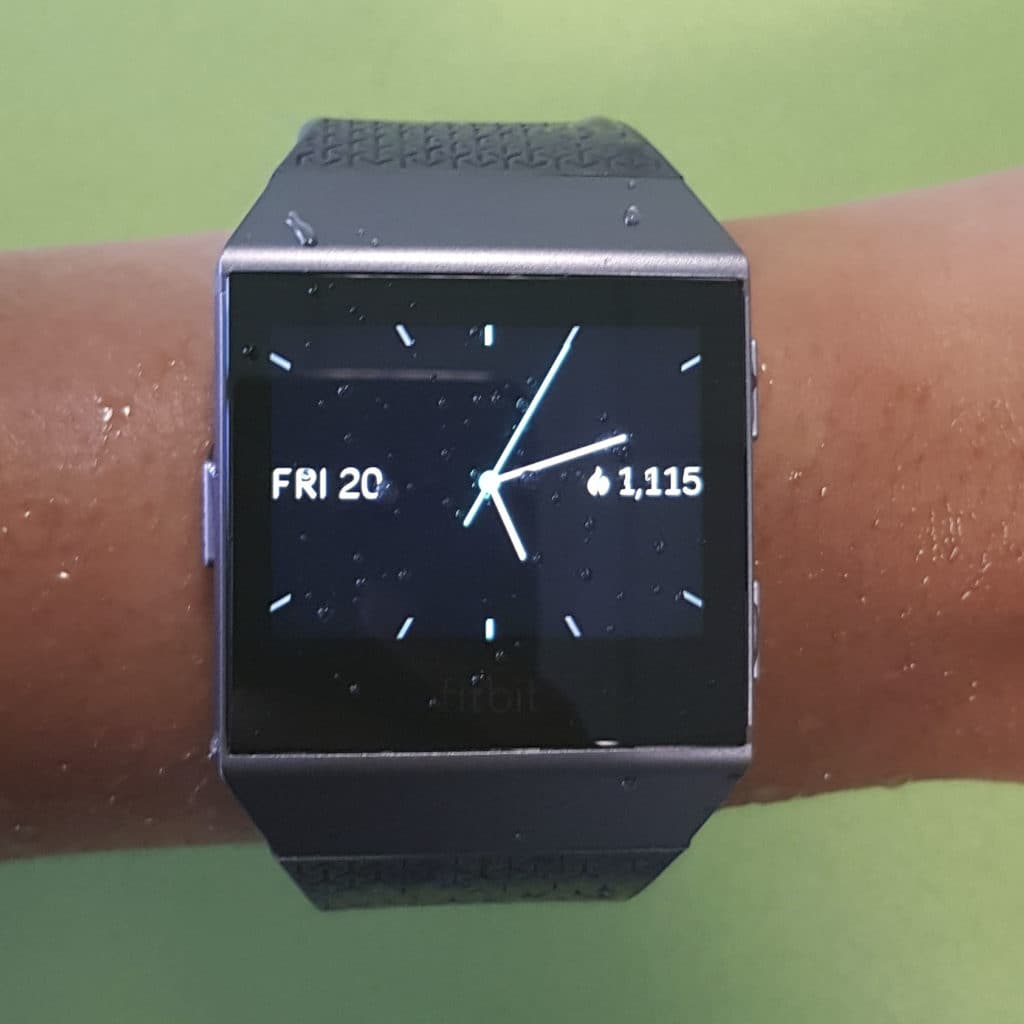 The touchscreen works even when it’s wet.

The Charge 2 lets you track your run, but you have to have your phone along for the ride. With the Fitbit Ionic, you can leave your phone behind because it comes with built-in GPS. It also automatically picks up when you start running – a major bonus for people like me who routinely forget to press “go” on the device at the start of a run. It also conveniently has Strava preloaded on the watch. The auto-run function doesn’t work on the treadmill, though, as I discovered the hard way.

On the subject of running phone-free, you can download music onto your Fitbit Ionic and pair it with bluetooth earphones. If you’re not a runner, there are workout videos you can access on the watch itself – the other reason, according to Lamoureux, that they decided on a square screen.

3/ The Battery Lasts More Than A Day

Actually, it lasts around four days – or 10 hours in GPS mode (not that I have any aspirations of attempting Comrades any time in my near or distant future). I have yet to test this claim, but after three days and two workouts, it’s still going strong. 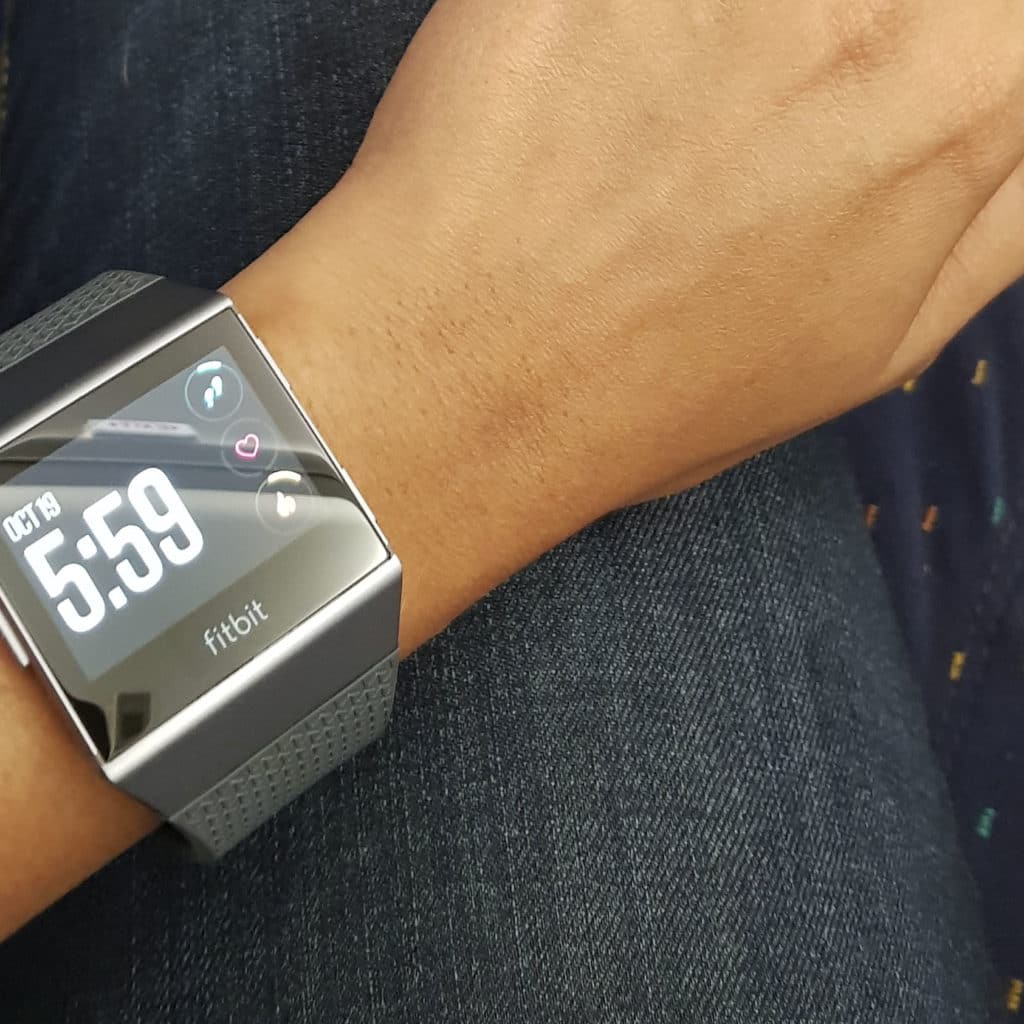 You can select different watch faces in the app.

READ MORE: How To Get The Most Out Of Your Fitness Tracker

4/ All Your Fav Features Are Still There

Like with other Fitbits, you can track your sleep, kilojoules, steps and exercise. You can customise the face in the app and buy leather or sporty alternative straps. And it’s super easy to set up and use. Coming soon, you’ll be able to swipe your Fitbit at pay points (no more running with cards and cash) and download many more apps.

5/ There Are Some Teething Problems…

For Android users. While my Fitbit Ionic syncs with my iPhone perfectly, syncing with my Android phone has been sketchy. I’m pretty sure this will be rectified with a firmware update soon. In the meantime, Fitbit suggests the following steps: 1. Check your phone’s software is up to date. 2. Delete the device from your Fitbit app. 3. Uninstall the app. 4. Switch Bluetooth off and on again, then reinstall the app and pair the device again. UPDATE (7 Nov): This issue now appears to be resolved.

Need A Laugh? You’ll Love This: “I Put On A Fitbit. Here’s Why My Life Will Never Be The Same Again.”