This Might Be The Most Severe Reaction To Gluten Ever!
Couple of stomach cramps? Pained expression? Read on for the most extreme symptom of gluten intolerance we've ever heard... 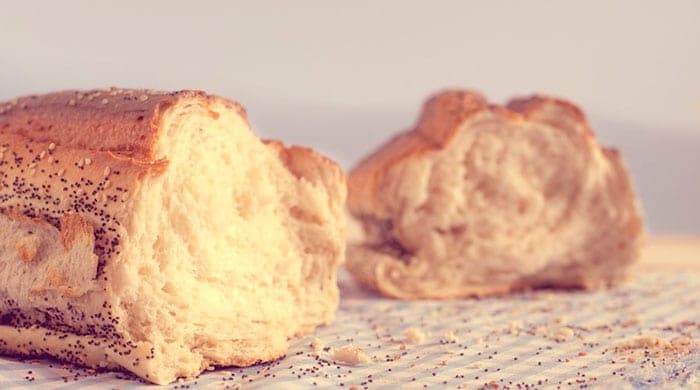 There are bad reactions to food, and then there’s this…

Couple of stomach cramps? Pained expression? Read on for the most extreme symptom of gluten intolerance we’ve ever heard… (It was an isolated incident, but wow.)

Gluten is public enemy number one for women with coeliac disease – an autoimmune condition that wreaks havoc on the small intestines. In addition to gut symptoms like diarrhoea, bloating and stomach pain, consuming this wheat protein can cause symptoms like headaches, joint pain and rashes. Now, one woman’s experience suggests that gluten could even mess with your mind.

A new case study in the New England Journal of Medicine profiled a 37-year-old woman who was studying for her PhD when she started experiencing delusions. In fact, she thought that the people around her were conspiring against her, or acting out scenes in a game. (That sounds terrifying, and for her sake, let’s hope those games didn’t involve a throne made of swords.)

A few months later, the woman’s apartment was broken into. Since her parents were the only ones with the key, she mistakenly believed they were to blame. After threatening them, she was admitted to a mental hospital. Worried that she was suffering from schizophrenia, docs prescribed anti-psychotics. But they didn’t stop the delusions.

So, straight out of an episode of House, M.D., docs dug deeper. They ordered tests, which showed she had several nutrient deficiencies and thyroid disease. Interviews with the family revealed she had unintentionally lost about 10kg, too. After a slew of tests, they began to suspect – and ultimately diagnose – the unlikely cause of her breakdown: coeliac disease.

A gluten-free diet dramatically improved her symptoms. But since then, whenever she’s accidentally consumed the protein (it hides in foods like tomato sauce and salad dressings), the delusions come back.

The takeaway: If you suspect something you’re eating is messing with your health, get to your doctor, asap.

Looking for more info on gluten-intolerance? Well, if you feel like you have the symptoms of a gluten allergy then you could have this disease. And this is what happens to your body when you give up all the carbs (including your favourite… bread).