Can Mouthwash Treat Gonorrhoea? According To This New Study It Can
Oral rinse brand Listerine advertised that it could cure gonorrhoea as far back as 1879. Turns out, they might have actually been on to something 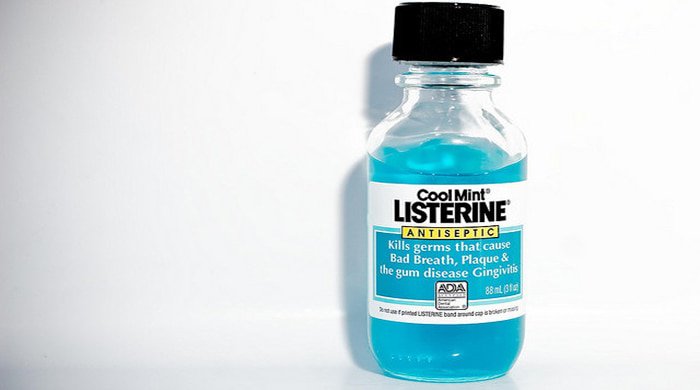 Listerine’s maker has long made the claim

Oral rinse brand Listerine advertised that it could cure the STI as far back as 1879… before powerful antibiotics even came into existence.

Now, 137 years later, researchers in Australia have actually put the claim to the test, checking the effects of Listerine Cool Mint and Total Care (both 21.6% alcohol content) on gonorrhoea in the mouth and throat, and publishing their findings in the medical journal Sexually Transmitted Infections.

For the study, one group of men, who tested positive for orally-present STI, used varying dilutions of Listerine to rinse and gargle. A separate controlled group was then given saline water to gargle. Just 60 seconds of rinsing and gargling with Listerine cut gonorrhoea bacteria in the throat by nearly half while the saline rinse was much less effective.

READ MORE: The Lowdown On The STD You’ve Probably Never Heard Of

When their throats were swabbed 5 minutes later, the men were 80% less likely to test positive for gonorrhoea in their throats. The lasting effects of rinsing and gargling on the bacteria have not yet been confirmed.

READ MORE: 7 Things You Should Know About Genital Warts

And FYI – the infection’s rates among men are on the rise in many countries due to antibiotic-resistant strains of the bacteria and declining condom use.

So, should we be using mouth wash to treat the STI? While, the original marketers were definitely on to something Chow’s sample study was too small to give us a definitive answer.

A larger study is now underway to confirm these preliminary findings.

Looking for more information on STIs? Here’s the difference between an STD and an STI.