15 WOW Things You Didn’t Know About The Paralympics
From tattoo bans to a Paralympian outperforming Phelps, these facts, stories and obligatory emotional vid will get you seriously amped for the Paralympics! 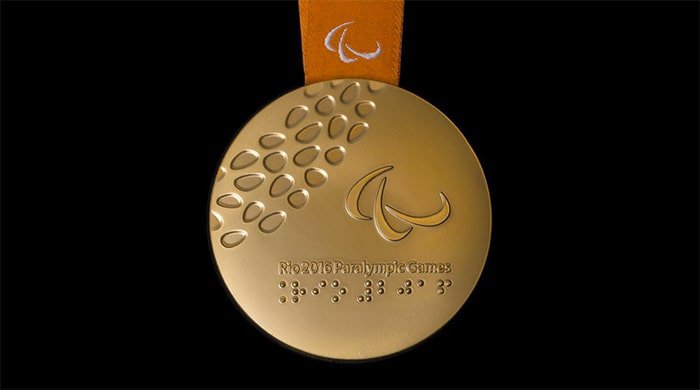 Photography by Paralympics/Instagram
From tattoo bans to a Paralympian outperforming Phelps, these facts, stories and obligatory emotional vid will get you seriously amped for the Paralympics!
Are you ready for it? Read on for the essential Paralympics intel before you plonk your bum on the couch for the second – and no less exciting (as you are soon to realise) – instalment of Rio 2016!
1. First, you need to watch this video…

2. The Paralympic logo is different to the Olympic one.
The three shapes are agitos – from the Latin for “I move” – and they encircle a central point, symbolising motion. They are red, blue and green – the three colours most widely used in national flags around the world.
3. You don’t mess with the logo at this event…
Swimmer Josef Craig was banned from a race for sporting a tattoo of the Olympic rings!? The International Paralympic Committee said it was “body advertising”. He was only allowed to compete again once the tattoo had been covered up.
4. The medals are different too.
They have small balls inside them, each with a distinctive rattle, so athletes can distinguish the difference between gold, silver and bronze. Ah, the sound of victory!

5. “Para” means parallel.
The Paralympics forms a parallel games to the Olympics. It comes from the Greek “para”, meaning beside.
6. The Paralympics is pretty young…
The first Paralympic Games took place in Rome in 1960 and only 23 nations took part. The first Winter Paralympics followed in 1976.
7. And it exists thanks to the horrific injuries that came out of the Second World War.
The Paralympics grew out of the Stoke Mandeville Games, first organised by a UK-based German doctor, Ludwig Guttmann, who used sport to help rehabilitate soldiers with spinal injuries after the war. The first Stoke Mandeville Games (named after the Stoke Mandeville Hospital rehab facility) was held in 1948, and the first international version, which included Dutch athletes, took place four years later. Essentially, the Paralympics began its existence as Dr Guttmann’s games.
8. The link extends to those weird London 2012 mascots.
The mascots from London 2012 were called Mandeville and Wenlock! So where does Wenlock come from? Much Wenlock is a small town in England where the Wenlock Olympic Society held its first Olympic Games – an inspiration for the modern Olympics.
9. Originally the Paralympics were only for athletes using wheelchairs.
It expanded in 1976 to include amputees and visually-impaired athletes. Now there are 10 types of impairments observed at the games.
10. It’s the second largest multi-sport event in the world.
After the Olympics…
11. Two sports are exclusive to the Paralympics.
Goalball for blind and visually-impaired athletes, and boccia (similar to bowls), designed for athletes with severe impairments.
12. For the first time this year there is an Independent Paralympic Athletes Team.
It includes Ibrahim Al Hussein from Syria and Shahrad Nasajpour, an Iranian living in the US, supported by a chef de mission, coaching and support staff. The athletes have official refugee or asylum status. Chef de mission Tony Sainsbury said: “These athletes will help to raise awareness of the plight of thousands of refugees and asylum seekers who make difficult decisions and journeys, often with impairments. They will help to drive social inclusion and spread the Paralympic values of courage, determination, inspiration and equality around the world.” The IPA Team will march first at the Opening Ceremony on 7 September – don’t miss it.
13. Oops, they did it again…
The Russian team have been suspended because of state-sponsored doping.
14. Paralympians  walk away with some serious hauls…
In Beijing, 279 world records were broken and in London 2012 there were another 251.
15. The most successful Paralympian swims circles around Michael Phelps in the medals department…
Phelps holds 23 Olympic gold medals, three silver and two bronze. Then there’s Trischa Zorn. Hello 55 medals (44 gold) amassed at the Paralympics. Zorn, also a swimmer, participated in seven games between 1980 and 2004. One word: impressed.

You’re going to be glued to the screen, so whip up these 5 low-fat snacks under 240kJ before you sit down. And if you’re going to be at home and (obviously) seriously inspired by our awesome Paralympic athletes, here’s a video on how to turn your coffee table into a gym!