7 Ways To Stay Energised When You Hit A Sugar Slump
How's your energy? If you're flagging a bit, don't panic. You may be experiencing sugar slump or withdrawal, which can cause some people to feel tired 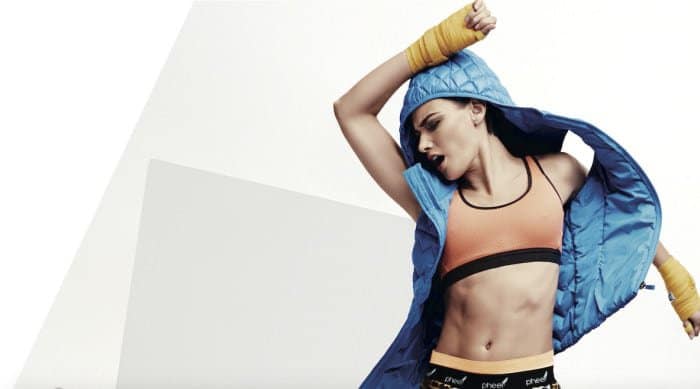 How’s your energy? If you’re flagging a bit, don’t panic. You may be experiencing sugar slump or withdrawal, which can cause some people to experience temporary fatigue or mental fogginess.
If you’re trying to cut down on your sugar intake (because you realise you might be addicted), you might feel a bit pooped, especially in those first few sugar-free days. If this sounds like you, these mind-and-body tips can help you perk up both your body and your brain. And hang in there, the fatigue will pass. In fact, you should feel more energised as time goes on.

It’s isn’t just for lamb: the fresh herb’s pleasant, spicy scent is a literal eye-opener, suggests a study published in the International Journal of Neuroscience. researcher gave 40 volunteers EEG’s, which measure the brain’s electrical activity, and had them smell rosemary for three minutes both before and after they completed a simple maths test. The volunteers’ EEGs showed the reduction of certain brain waves in the frontal cortex, which indicates increased alertness. Keep a small bottle of rosemary essential oil in your bag and when that mental fog rolls in, just inhale.

Regular exercise is a tried-and-tested energy booster, with the benefits starting at a cellular level. Your cells contain tiny structure called mitochondria: they convert food molecules into adenosine triphosphate (ATP), a form of energy that cells use. Interestingly, exercise stimulates the development of mitochondria: over time, your body produces more ATP, energising your body and brain. US experiments showed that a brisk 10-minute walk provided more energy than a chocolate bar, with the effects lasting for up to two hours afterwards.

If you’re low on energy, you might want to head straight for the lift. But taking the stairs instead will give you instant pep – it will get your heart pumping, allowing oxygen-rich blood to surge through your entire body, including your brain. So if your eyelids start to droop, get up and over to the stairs; climb a flight as quickly as you can and walk at a normal pace on the way down. Do this one more time and prepare to feel re-energised.

4 Take a break for tea

Tea’s ability to deliver a relaxed state of alertness may be due to the amino acid L-theanine. Research indicated that tea’s combination of caffeine and L-theanine delivers the same amount of energy as caffeine alone – but without the jitters. One study examined the effects of 50mg of L-theanine, the amount found in two cups of tea. Researchers gave 16 volunteers EEGs as they relaxed with their eyes closed. Compared with 19 other people who didn’t receive L-theanine, the participants who consumed this amino acid showed increased alpha-wave activity, indicating a relaxed but alert mental state. Get brewing.

Exploit ginseng, another herb known for its energising qualities. In a 12-week study of 501 men and women, a group of participants given a multivitamin supplement that included ginseng reported having more energy and greater well-being than a group that received a ginseng-free supplement. try 200mg of a standardised extract taken as 100mg twice daily. And stick with brands that are standardised to four precent ginsenosides.

6 Step outside the box

The “box” in this case refers to the four walls of your office or house: a series of studies found that spending just 20 minutes outside in nature can invigorate you. Researchers conducted separate experiments of 537 college students. In one experiment, students were led on a walk either indoors or outside along a tree-lined river path. In another, they looked at photos of building or landscapes. Other experiments had the students keep diaries in which they tracked their moods and energy levels throughout the day. The results? The students consistently felt more energetic in natural settings or by imagining themselves in those surroundings.

7 Breathe in some energy

A simple yoga-breathing exercise can clear your mind and raise your energy in minutes. It’s called bhastrika, which translates as “bellows breath”. here’s how to do it: sit comfortably. Relax your shoulders and take deep breaths. Begin to inhale and exhale rabidly through your nose, keeping your mouth closed but relaxed. Your breaths in and out should be equal in duration, but as short as possible. Don’t worry about this being noisy – it’s supposed to be! Try three in-and-out breath cycles per second. This will produce a quick movement of the diaphragm, suggesting a bellows breath. Breath normally after each cycle. Do this for 15 seconds or less on your first try. Each time you practise, increase your time by five seconds or so, until you reach a full minute. If you feel light-headed, stop for a minute, then start again with a little less force behind your breathing. One more thing: don’t try bellows breathing before bed, as it can easily keep you from falling asleep! Or, try these different breathing techniques to improve your sport.