10 Best Pool Exercises For Weight Loss And A Full-Body Workout
The pool isn't just meant for swimming. These are the best pool exercises to help you burn fat and squeeze in a full body workout, according to a trainer. 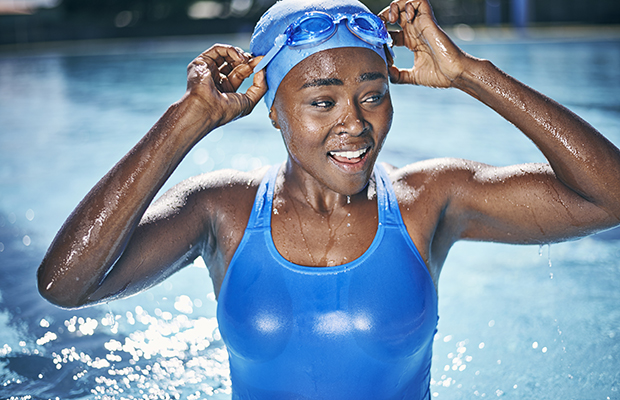 Finding new (and fun!) ways to mix up your workouts will keep your muscles guessing and you from getting bored and bailing on your fitness routine — both of which are super important if you want to see gains. One of the best ways to do this might just be adding water to strength or high-intensity interval training.

You see, working out in water dials down the impact of moves without decreasing their ability to sculpt your bod or help you burn calories because the H2O serves as a form of resistance similar to the way a dumbbell, ankle weight, or mini-band would. Just, FYI for those of you wondering: Are pool exercises effective?

In fact, aquatic HIIT has similar training benefits to that of land-based HIIT and sometimes even greater pros, especially if it follows the S.W.E.A.T. method, recent research suggests. Exercises that fall within this method will address the following cues

Aquatic workouts that are performed at different speeds, in different positions in water (jumping, floating, partially submerged, standing tall), at full ranges of motion, and in all three planes of motion, have resulted in improved cardiovascular and muscular endurance for women, according to the Journal of Sports Medicine. And remember, the more muscles you build, the more calories you burn.

Another major benefit of working out in the pool instead of on dry land? “The buoyancy of the water assists in relieving the impact on the joints that would normally be felt when exercising on solid ground,” says personal trainer Melody Davi. Because of this, pool exercises are great for everyone, but especially if you’re recovering from injury or dealing with certain medical conditions (think: pregnancy or osteoporosis).

Here, Davi recommends 10 pool exercises that are great for any woman looking for a full-body workout. None of these moves require you to know how to swim. All you need is your bodyweight and waist-deep water. Chances are, you’ve already mastered some of the some of them in the gym (think: tuck jumps, bicycles and pushups).

Instructions: Choose four or five of the moves below to create a “mini-circuit.” Do three sets of the prescribed res for each move. Rep counts are specified below. Davi recommends performing these exercises two or three times a week.

How to: Start sitting on the edge of the pool with feet in water (if they touch the bottom, bend legs and place soles flat against side of pool) and hands gripping the ledge, fingers facing body, shoulder-width apart. Slide body forward and lower into water until arms form 90 degree angle, elbows narrow and pointed straight back. Then, push through palms to re-extend arms. That’s one rep. Do 15–20 per set.

“The extra buoyancy of the water can increase your range of motion and ultimate strength gains,” Davi says.

How to: Start in the water facing edge of pool with hands flat on deck outside of shoulders, arms straight, and legs bent so feet are behind body. Bend elbows to 90 degrees (or as low as possible), then push back up to start. That’s one rep. Do 10–12 per set.

Pro tip: “You’ll get a little help from the water in the starting position,” Davi says. “But this move quickly requires more from the upper body as you press out of the water and are challenged to fight gravity.”

How to: Start in a low squat with arms extended straight forward at shoulder height. Explosively jump off the pool floor while pressing arms down and back behind body. Land back in starting position. That’s one rep. Do 12–15 per set.

The explosive action creates a plyometric, high intensity movement without the joint impact of performing it on land. Adding the arms will increase your heart rate and give an additional upper back workout by using the water’s resistance.

How to: Start standing in water with feet under hips and hands at sides. Bend right knee and bring heel toward butt while swinging left arm forward bent at 90-degrees, then, as right foot lowers and left arm swings back behind body, quickly lift left heel toward butt and swing right arm forward, bent at 90 degrees. Continuing alternating sides like this for 60 seconds per set.

While it may seem simple, water jogging can provide the same cardiovascular benefits of jogging or running on land, without high impact on the joints, Davi says.

How to: Start by placing forearms on pool ledge with back facing side and body in water, legs extended straight at hip level, and abs engaged. Bend right knee in toward chest and then re-extend leg and do the same on the left side. Continuing alternating sides like this for 60 seconds per set.

How to: Start standing in water with feet hip-width apart, arms at sides. Bend knees slightly and extend arms out at shoulder height, elbows bent and wide, palms facing water. Use legs to bend deep and then jump straight up, lifting knees to touch hands. Land softly with knees bent. That’s one rep. Do 5–10 per set.

How to: Start floating on stomach in water holding ledge of pool with arms and legs extended so body forms one long line. Engage abs to keep toros facing downward and hips level, cross right leg over left (creating and “X” shape with lower body), then return to start and repeat, starting with the opposite leg first. Continuing alternating sides like this for 60 seconds per set.

“This move targets the lower body, specifically stabilizer muscles, using the water as resistance,” Davi says. “Holding a wall gives you extra support in order to complete more reps than you would be able to on land.”

How to: Start standing in pool with feet under hips and arms at sides. Take a big step forward with right leg and lower down into a lunge keeping head above water and back heel high. Extend arms straight at shoulder level and rotates upper body to right side. Reverse movement to return to start and repeat on opposite side, bringing left leg forward and rotating toward left side. That’s one rep. Do 12–15 per side per set.

“The staggered stance of your legs will challenge your stability, while the torso rotation engages the core,” Davi says.

READ MORE: A Quick Resistance Band Arms Workout You Can Do At Home

How to: To start, stand with feet hip-width apart and knees slightly bent, hinged forward at the hips, torso tilted forward, arms hanging straight down, palms facing body. Raise both arms out to the sides until they reach shoulder height and squeeze shoulder blades together. Return to start. That’s one rep. Do 12–15 per side per set.

“The arm work here strengthens your upper back by using the resistance of the water,” Davi says.

How to: Start standing in water with feet outside shoulders, toes turned out, and arms at sides. Bring arms to clasp in front of chest while lowing into a deep squat. Push through feet to explode up, extend legs straight and bring heels to touch before pulling them back apart to land in a wide-legged plié squat once a gain. That’s one rep. Do 12–15 per set.

“This move is great for HIIT training and building power without the impact that would occur if done on solid land,” Davi says. 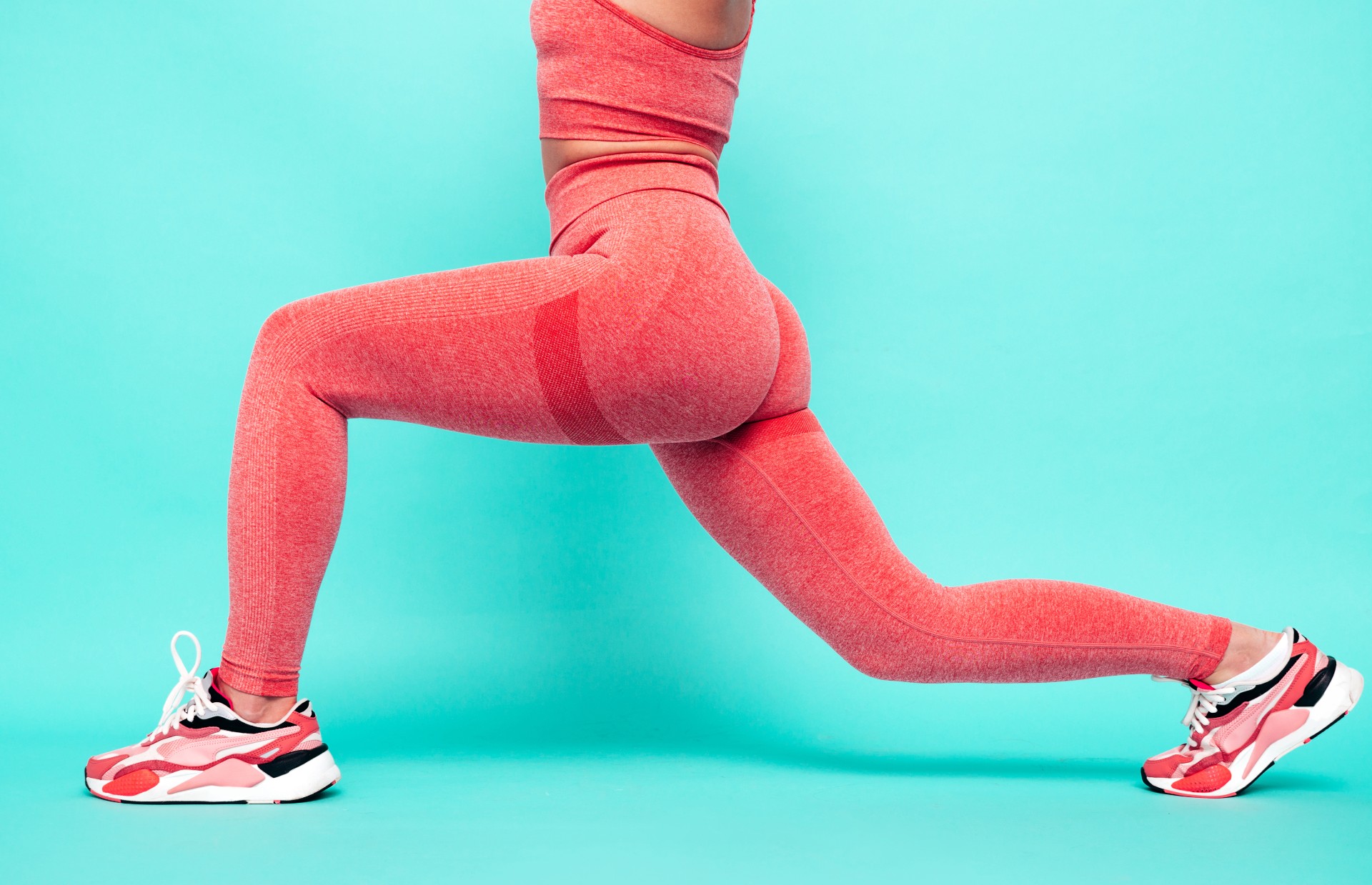 A home workout plan hits hard, if you know what you’re doing. While you’ll probs pick up a few tips from... 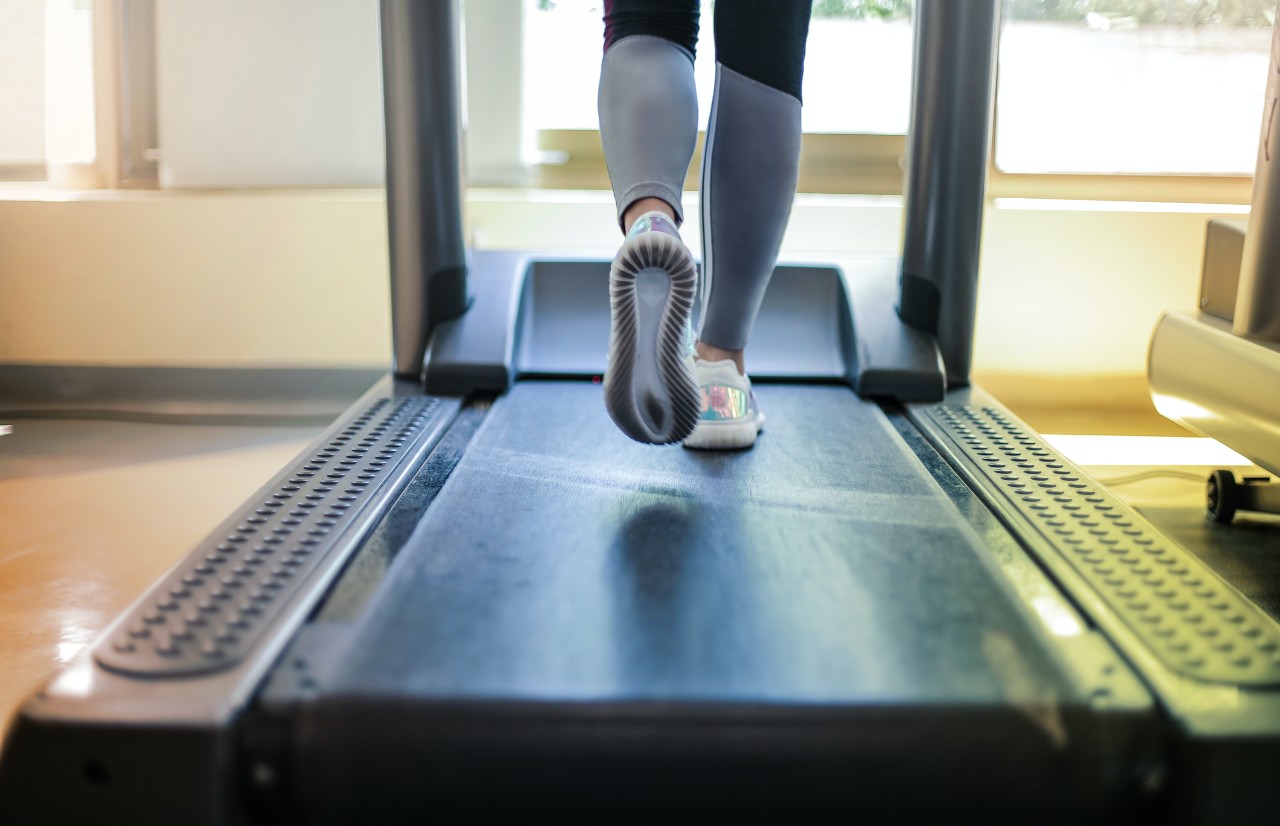 The world of fitness loves a trend: this we know already. For a while there, barre classes reigned supreme,... 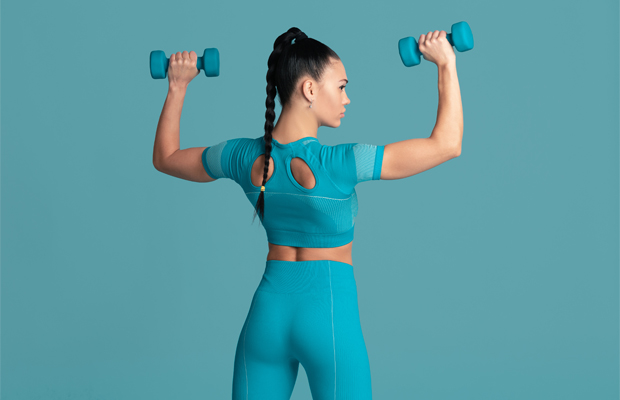 11 Lat Exercises That Will Totally Sculpt Your Back