There Are 6 Types Of Body Fat—Here’s What You Need To Know
Despite what fad diets and catchy headlines would lead you to believe, fat is not all the same. Use this guide to help you lose the right kind of body fat.

By K. Aleisha Fetters, photography by bearfotos / Freepik
It pays to know the difference.
Despite what fad diets and catchy headlines would lead you to believe, fat is not all the same. And you need to stop treating it that way. So if you operate by a “fat is fat and fat is bad” sort of mentality, it’s worth taking a few minutes to get to know your fat.
Here, experts (including a fat researcher!) share what you really need to know about fat on your frame—especially if you’re trying to lose weight, get healthy, or live longer: 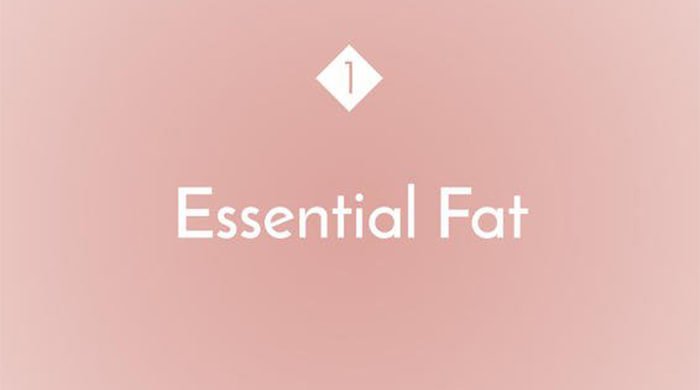 What It Is: The fat you need to live. “Essential fats help regulate body temperature, vitamin absorption, cell structure, and hormones such as fertility hormones,” explains registered dietician, Naureen Sajwani, a clinical dietitian at Weiss Memorial Hospital in Chicago. “Essential fat is found in many parts of the body including nerve membranes, bone marrow, and membranes protecting body organs. Essential fat is neither subcutaneous nor visceral.” (Don’t worry, we’ll dive into subcutaneous and visceral fat later on.)
READ MORE: 6 Bizarre Things That Can Make You Fat – Other Than Food
What You Need To Know If You’re Trying To Lose Weight: You cannot lose essential fat without compromising your health—and in a big way. For good health, women need 10 to 13 percent of their total weight to come from this essential fat, according to the National Academy of Sports Medicine.
Unfortunately, many women often strive for and achieve even lower body fat percentages through extreme dieting and exercising, putting their health at risk. That’s why many female figure competitors (who cut their body fat percentages to as low as 6 to 10 percent for competitions), often experience extreme hormonal dips and lose their periods. Dr J. Mark Brown, a lipid (a.k.a. fat) researcher with the Cleveland Clinic Lerner Research Institute, also notes that too-low levels may also throw off the body’s ability to regulate blood sugar. In animal studies, mice with excessively low levels of body fat display symptoms of prediabetes and Type 2 diabetes, he says.
When trying to lose weight, remember to keep your health as your top priority. (And remember that plenty of pics on Instagram feature less-than-healthy body fat levels.) Make sure that your body fat percentage doesn’t go below 10 to 13 percent. Many scales—and even some fitness trackers—now come equipped to gauge your body fat. 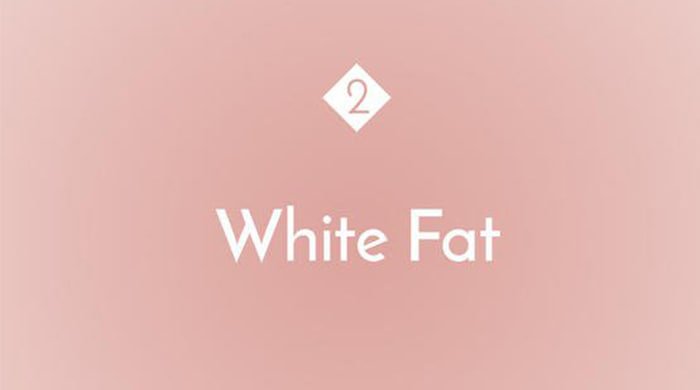 What It Is: The main form of fat cell in the body, this is what most people think of when they talk about fat. Also called “white adipocytes,” these fats cells are literally white, thanks to a low density of mitochondria (microscopic fat-burning power plants) and blood vessels, Brown says. The cells store fat in the form of triglycerides, padding your energy reserves and body. “White fat is the largest energy backup in the body, and provides cushion for our organs and external body structure,” Sajwani says. “In addition, it produces leptin and a form of oestrogen which regulate hunger, and has receptors for hormones such as growth hormone, cortisol, and insulin.”
READ MORE: 7 Fat-Melting Supplements You Need To Include In Your Diet
What You Need To Know If You’re Trying To Lose Weight: While some white fat helps promote hormonal health and boosts levels of the feel-full hormone leptin, too-high levels of white fat can contribute to “leptin resistance.” When the body is faced with consistently high levels of leptin, as a result of excess white fat, the body becomes less sensitive to leptin’s effects. The result: a cycle of hunger and (white) fat gain.
Since the majority of your non-essential fat is white, you can tell if you’ve got too much or too little white fat by measuring your body fat percentage. In women, total body fat percentages of 16 to 23 are often considered good. Levels of more than 30 are typically classified as overweight. 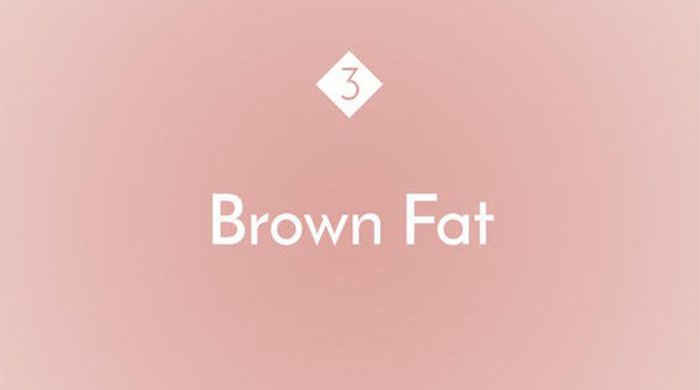 What It Is: “The polar opposite of white fat, brown fat burns rather than stores energy,” Brown says. Its energy-burning capabilities and brown colour are both due to the fact that it’s packed tight with mitochondria. Those mitochondria burn fatty acids to generate heat and help keep the body a balmy 98.6 degrees. Only proven to exist in humans in the past decade, brown fat levels are especially high in babies.
READ MORE: 5 Basic Rules You Need To Follow To Erase Belly Fat
What You Need To Know If You’re Trying To Lose Weight: The verdict is still out on whether or not you can convert white fat into brown adipose tissue (BAT), but it is clear that by increasing the activity of your body’s existing brown fat, you can boost your ability to burn kilojoules from white fat. Exactly how to do that is still unclear, though.
One Harvard study shows that hanging out in an environment cooled to 60.8 degrees for 10 days straight increases brown fat activity (although it didn’t increase actual levels of brown fat). While it’s likely a good idea to keep your home cool, especially while you sleep, don’t make yourself miserable. After all, researchers still have a lot of work to do to figure out how findings such as this can best be used to combat obesity, Brown says. 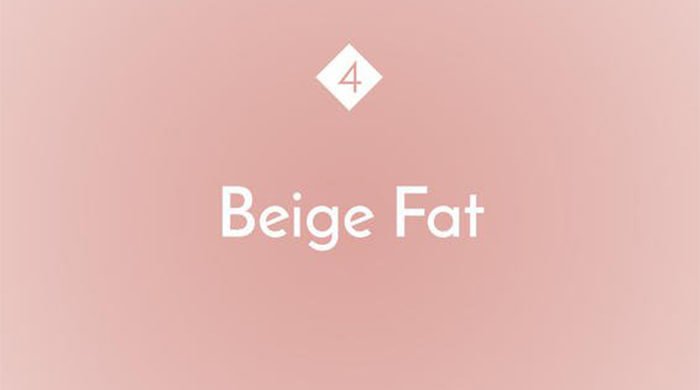 What It Is: Beige fat looks and acts like a cross between white and brown fat, but research suggests that beige fat is its own unique cell type, rather than a midpoint on the white-to-brown spectrum, Brown says. Fortunately, research does also suggest that white fat can convert into beige fat. “The beige-ing of white fat is really the holy grail in anti-obesity therapeutics,” he says. “To turn white fat into beige fat would in theory make you leaner because you are burning fat and releasing it as heat.”
READ MORE: Blast Fat Fast With This 15-Minute Kickboxing Workout
What You Need To Know If You’re Trying To Lose Weight: Animal studies suggest that catecholamines, hormones released when you’re either stressed or cold, help jumpstart the process of converting white into beige fat, explains Brown, whose 2017 research identified a key enzyme that regulates the beige-ing of white fat. Brown notes that one particularly helpful stressor in the beige-ing of brown fat is believed to be exercise. During exercise, muscle secretes specialized proteins that may help turn your white fat beige. So get moving. 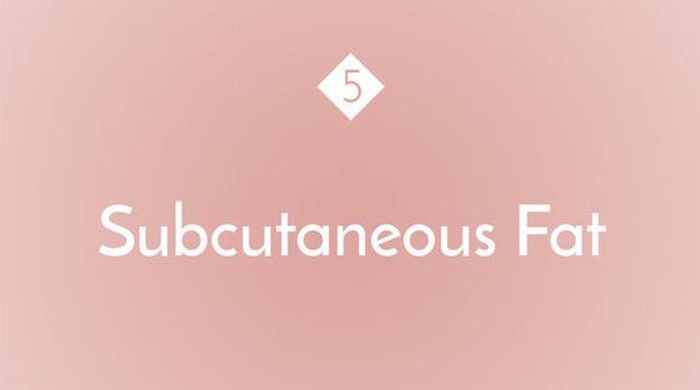 What It Is: “Subcutaneous fat is the layer of fat found right underneath our skin,” Sajwani says. “About 90 percent of fat in our body is in the form of subcutaneous fat.” A combination of white, beige, and brown fat, and a certain amount of subcutaneous fat is healthy. But, again, too much of the white variety can spell trouble by throwing off hormone levels and sensitivity.
What You Need To Know If You’re Trying To Lose Weight: The most common method of measuring subcutaneous fat levels is a skin-fold test in which a professional pinches your fat with calipers. It’s not exactly fun, but it’s not painful, and many gyms and healthcare professionals are trained to perform the tests.
READ MORE: This Is The Best Diet For Losing Fat And Building Muscle
In terms of lowering your levels, it’s all about kilojoules in versus kilojoules out. Sajwani recommends zeroing in on your nutrition (think: cut down on refined carbs and empty kilojoules) while also performing high-intensity exercise on the regular. 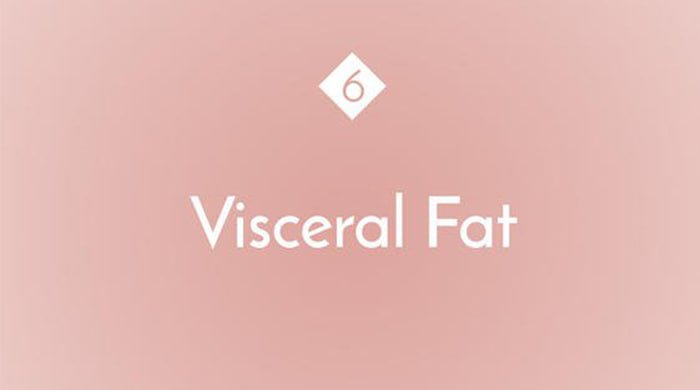 What It Is: What your girlfriends might call “belly fat,” visceral fat is white fat that is stored within the abdominal cavity around a number of organs such as the liver, pancreas, heart, and intestines rather than right under your skin like subcutaneous fat. “Researchers have found that visceral fat secretes a protein called retinol-binding protein 4, which has been shown to increase resistance to insulin, leading to glucose intolerance and Type 2 diabetes,” Sajwani says. “High visceral fat storage has also been linked to breast cancer, colorectal cancer, stroke, Alzheimer’s disease, and dementia.”
What You Need To Know If You’re Trying To Lose Weight: In the fight against fat, this is enemy No. 1. “To gauge your visceral fat level, determine waist-to-hip ratio. First, take the circumference measurement of both your waist and your hips at their largest point. Next, divide your waist measurement by your hip measurement. If the ratio is higher than 1.0 for men and 0.85 for women, then the amount of fat is considered excessive,” Sajwani says. Alternatively, you can just measure the circumference of your waist, says Dr Steven Wilson, a family medicine physician with Redlands Community Hospital in California. “A waist circumference greater than 88 centimetres for a woman is considered abnormal and consistent with increase visceral body fat,” he says.
While visceral fat responds to the rules of kilojoule balance, just like subcutaneous fat does, research shows that it’s particularly sensitive to the inflammatory effects of processed foods, Wilson says. Meanwhile, evidence shows that a diet rich in unrefined foods, protein, unsaturated fatty acids, whole grains, and fiber can significantly reduce visceral fat levels. As can getting the recommended seven to nine hours of sleep per night. And one 2015 study found that strength training is more effective at preventing age-related increases in belly fat compared to cardio.
Need more help losing weight? These are the 7 simplest strategies for weight loss, plus here’s exactly how to use breakfast to lose weight.
This article was originally featured on www.womenshealthmag.com 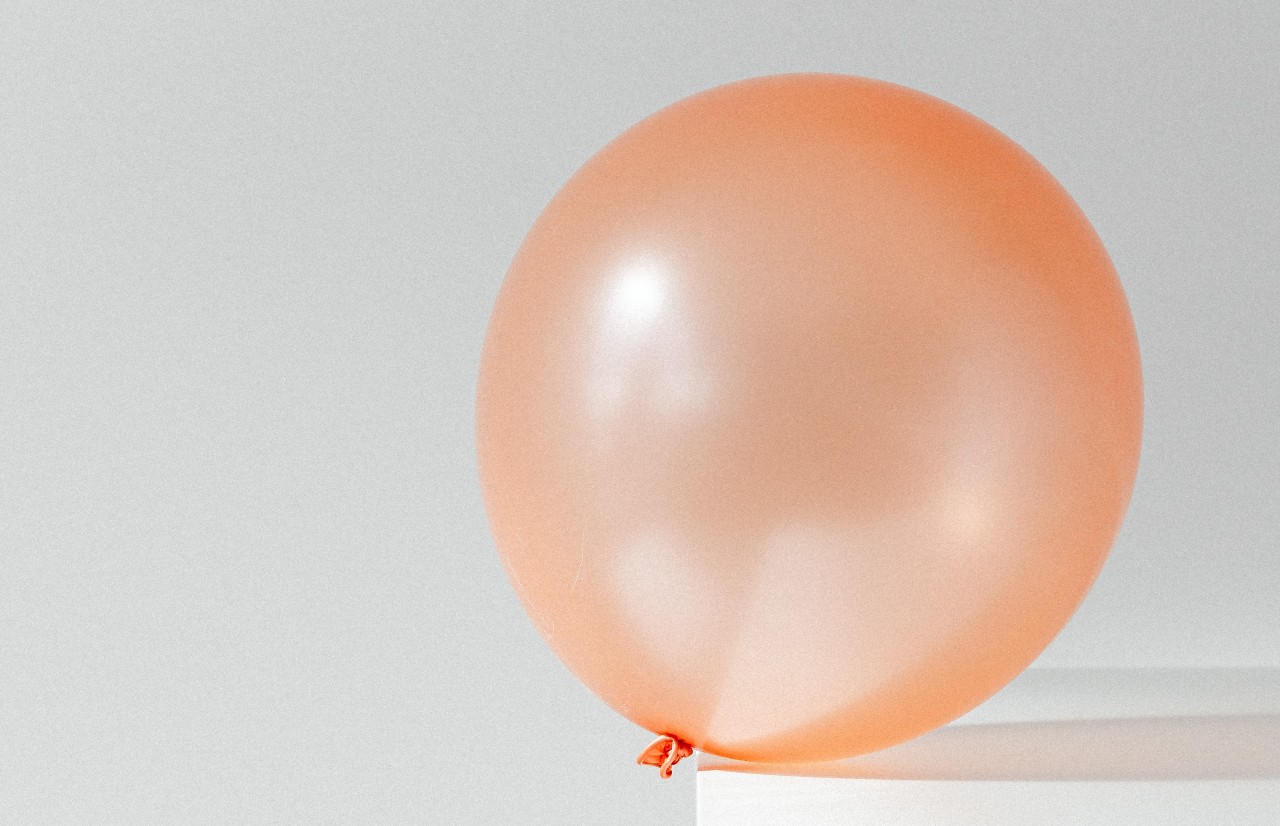