“Dancing Was My Whole Existence — And Then I Almost Lost My Leg”
An accident nearly robbed Christa Calitz of her ability to walk. But her life-long passion for dancing helped her to move again.

21 Years ago, an accident nearly robbed Christa Calitz of her ability to walk. But her life-long passion for dancing was feared to be gone forever.

“The fifth element,” explains Christa Calitz, the founder of Fifth Element Activewear, “is the element of Spirit, known as Ether or Akasha. It is the primal source of energy that creates and fuels the other elements: Earth, Fire, Water and Air.”

Housed within our physical bodies, she continues, this element is the “spark of life” known as the soul. It is something that people have sought their entire lives in a bid to experience oneness with it. It is an energy source that drives an individual to live life at its fullest.

But in 1996, when she was travelling with her Matric class on a bus trip to Knysna, Christa – then aged 17 – lost her fifth element.

Due to a fault with the door, Christa fell out of a moving bus and was subsequently dragged underneath it. “I remember rolling and bouncing on the highway with cars coming at me at full speed from behind,” she says. “The average adult has about 10 pints of blood.  I lost almost 6 pints of blood and went into hypovolemic shock,” she says. She sustained serious injuries to her lower left leg, which emergency paramedics considered amputating right there and then. Her parents refused the option, insisting that they wait until their daughter was at the hospital. After being transported to Mediclinic Panorama in Cape Town, Christa’s long road to rehabilitation, starting with reconstructive surgery, was about to begin. “My father came close to my bedside, asking me if I was willing to fight and if the doctors could try to save my leg,” she recalls. “My answer was yes.”

Although she underwent a lengthy operation (the first of many) to save her leg, Christa knew that the damage was enough to put an end to her dream of becoming a professional ballet dancer and choreographer; a dream she’d nurtured since she was five years old. She remembers asking her mother to collect her new pair of pointe shoes that had arrived on the day of the accident – Christa never got to wear them. “Dancing was my whole existence, and then it was taken away from me in those few moments,” she says.

Christa spent a gruelling two-year period in and out of various hospitals for the reconstruction and rehabilitation process. She underwent surgery to affix the veins and nerves in her leg, and re-attach her foot, which was connected to her leg by one artery. She had to undergo skin grafts, which were excruciating. Despite an orthopaedic surgeon’s assertion that she was never going to walk again and that she wouldn’t be able to keep her leg for much longer, the once-aspiring dancer, who spent most of those two years bed-ridden, proved him wrong.

“I went from being in a wheelchair, walking on crutches and later using a walking stick. I literally learned how to walk again because they told me I would never be able to, but here I am now.” 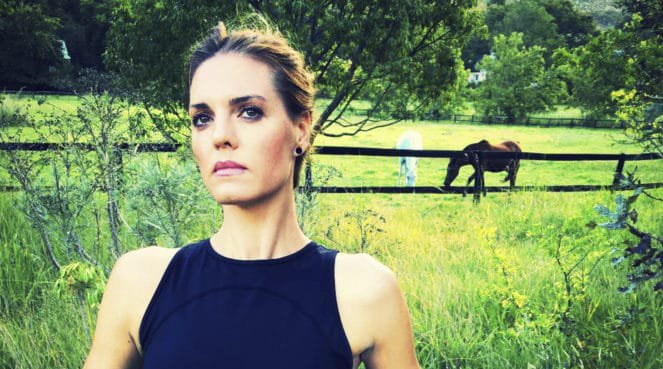 READ MORE: Here Are The Ridiculous Disses This Sportswoman Had To Deal With

But the accident came at the cost of not only Christa’s dancing dreams but also her emotional well-being. Watching her friends finishing high school and embarking on their individual life journeys whilst her own life stood still was upsetting. When asked by a fellow dance student to return to ballet class, Christa was hurt by the suggestion, knowing it would be too painful to watch the other dancers when she couldn’t even walk properly at the time.

“It was a very lonely time,” Christa reveals. “My life as a young adult consisted of being nursed by my mother and enduring doctors’ and legal appointments whilst recovering from surgery. It was a process of almost grieving, and going through phases of anger and denial.”

For 20 years, Christa felt as if she was “living the life of the undead.” The mother of two found herself plagued by anxiety and depression to the point that her body was struggling to perform the most basic activities. It was then that she decided that she had to make a change in her lifestyle. Joining Virgin Active, Christa began fitness training. This significantly improved her eating habits and fitness levels, plus it boosted her confidence enough for her to consider doing ballet for the first time in 21 years. In September 2016, Christa approached Ethne Daniels, the principal of Stellenbosch Ballet Academy.

READ MORE: “Going To The Gym Gave Me The Strength To Leave My Abusive Partner”

“It was a huge step for me to ask Ethne if I could join a class,” she says. “I would never have thought that it would be possible for me to attend a ballet class ever again in my life.”

But under the guidance of ballet teacher Diane van Schoor, from whom she learnt about perseverance and discipline, Christa found her stride. She says that she has slowly but surely been able to regain memories of her dancing days prior to the accident. “When I dance, the music leads me. With every class I do, some memories and steps come back to me. It’s as if I never stopped dancing 21 years ago.

“If my teachers knew the extent of my injuries,” Christa continues, “they would understand why it’s a miracle that I’m able to dance today. It wouldn’t have been possible without my strict fitness program, along with determination and the grace of God.”

READ MORE: #WHGetsFit: What It’s Like To Do Ballet

Christa is also grateful to her parents who supported her during her times of suffering. “If it wasn’t for my family and how I was raised, I don’t think I would have been able to have fought the battle I did. I was strong then, and I am strong now, because of them.”

Though a combination of dancing, fitness training and support from her family and friends, Christa had found what she thought had been lost forever: her fifth element.

And it’s this element that influenced her sportswear brand. Fifth Element Activewear was launched in 2016 with the purpose of providing active men and women with gym apparel that expressed their individual styles. Christa, who never owned a pair of exercise shoes or gym clothes prior to starting fitness training, also found that none of the sports clothing on the market represented her personality. 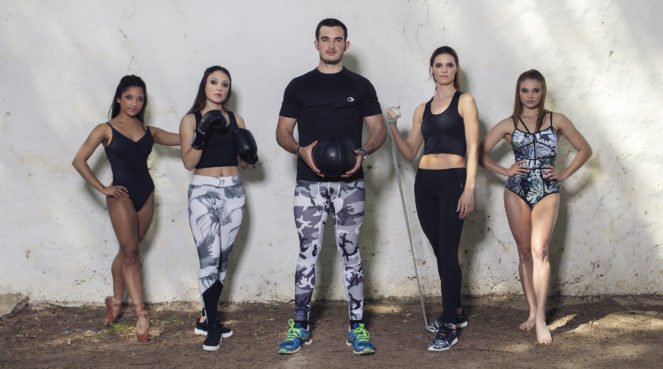 READ MORE: “I Feel Amazing Now That I Can Take Long Walks Without Getting Tired”

Made with high-performance fabrics, the range is based on the four elements:

– Earth (stay grounded): Apparel aimed at women of all ages for use in fitness training. Represents a combination of balance, perseverance and focus.
– Fire (have passion in your heart): Mens’ activewear that incorporates bold, colourful designs. Symbolises will, intensity and passion.
– Water (dive deeper): Features water-wear including wetsuits, swimwear and surf-leggings. Embodies power and strength.
– Air (move freely): Dance apparel that’s suitable for ballet and other forms of dance. Signifies movement, sound, inspiration and imagination.

Although she keeps herself busy with her clothing brand, dancing and fitness training, Christa is always trying to fit in as much activities into her schedule as she can. It’s an expression of her perseverance against the odds that had been stacked against her all those years ago, of being able to find enlightenment during a bleak period of her life.

Rekindling her spark for life, Christa is living every day to the fullest. Whether she’s dancing, exercising or doing something completely new, she’s always in her element.

These 10 local fitness gurus will inspire you to live your best life. Plus: these are the world’s top fitness influencers – and they’re all women!