Why Your Contraceptive Injection Makes You More Likely To Get HIV
On the one hand, you don't want to get pregnant, but on the other hand, your contraceptive injection might lead to you getting HIV. Here are the facts... 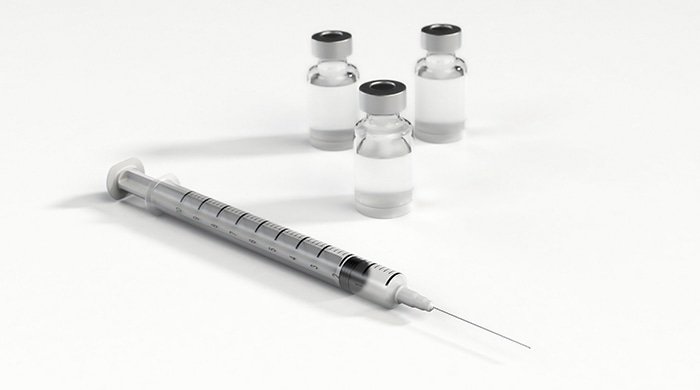 By Cally Silberbauer; Photograph by Pixabay

Do you use Depo Provera?

We couldn’t believe it when we heard that the most widely used contraceptive in the country was shown in 2016 to potentially increase the risk of HIV infection by a whopping 40 percent. The contraceptive in question? Depo Provera, an injectable contraceptive estimated to be used by more than 50 million women worldwide, especially in Sub-Saharan Africa, including South Africa.

READ MORE: The New Contraceptive That Won’t Mess With Your Hormones

After reading the scary statistics, I had to get my hands on the facts. So I spoke to Professor Janet P Hapgood, a professor of molecular and cell biology at UCT, who has studied the effects of synthetic hormones on cells and tissues of the female body for over 20 years. From a true expert in the field, here’s the cold, hard truth.

Firstly, What Is Depo Provera?

Depo Provera is a injectable contraceptive that’s injected into the muscle every three months. It contains the synthetic hormone MPA, or medroxyprogesterone acetate. This compound is meant to act like the natural hormone progesterone and inhibits ovulation, thus preventing pregnancy. So far, so good. This much it does well, and because it only needs to be administered once every three months, it’s a convenient option.

But Then How Does It Increase HIV?

The first thing Hapgood wanted to clear up is that this is actually old news. There was a big review published in 2016 and the World Health Organisation has had regular discussions on the topic since 2012.

Many clinical trials have been done over the years to find out if there is indeed a link between the contraceptive injection and HIV, but these have been found to be inconclusive, explains Hapgood. As these trials were not randomly controlled, other factors may have contributed to the results (such as condom usage). Hapgood has reviewed all the data available, including the effect of Depo Provera on animals (such as mice and monkeys) and lab research exploring the effects of different hormones, contraceptives and viruses on human tissue and cells.

READ MORE: Everything You Need To Know About The NuvaRing

But although the clinical data is considered inconclusive, it is still a cause for concern. When all the data is reviewed together, a pattern is emerging which is consistent with MPA causing an increase in HIV acquisition.

The Depo Provera contraceptive injection (containing MPA) acts like cortisol, also known as the stress hormone, which dampens the immune response and defence mechanisms. Research has also shown that it decreases the effectiveness of the genital tract barrier. “The immune system, in general, does quite a good job of defending against HIV in the genital tract,” says Hapgood.

So what does all this mean? If you don’t take the necessary precautions to protect against HIV as well as all other STDs (read: condom), then your body is less able to fight the HIV virus and it is more likely that you will contract HIV, more so than if you were on another contraceptive. A smart plan, then, would be to use a condom.

So Why Is The Depo Provera Contraceptive Injection Still Used?

As mentioned before, this form of contraception is convenient because it isn’t taken on a daily basis like the Pill. For rural and poorer areas, it works well as it’s easy to administer and doesn’t require frequent visits to a clinic and travelling costs. It can also be used without a partner knowing. Finally, it’s a cheap form of contraception.

READ MORE: How The Birth Control Pill Can Interfere With Your Body

Pfizer, the maker of the Depo Provera contraceptive injection, has claimed that there is not enough evidence to prove a link between the contraction of HIV and their injection. No warning appears on the packaging to let women know about the risks of the contraception and HIV.

Advice From The Prof Going Forward

Hapgood points out that no contraceptive protects you from contracting HIV besides a condom – so use one. Alternatives are key: there need to be options for women in areas that only provide Depo Provera; and, if not options, at least access to information. Women need to know the pros and cons so that they can make a choice. Depo Provera is still a good contraceptive option to avoid unwanted pregnancy, and when used with a condom the HIV risk can be almost eliminated.