Everything You Ever Wanted To Know About Your Period
That time of the month, the crimson wave- whatever you want to call it, the more you know about your periods the better...we have all the deets for you. 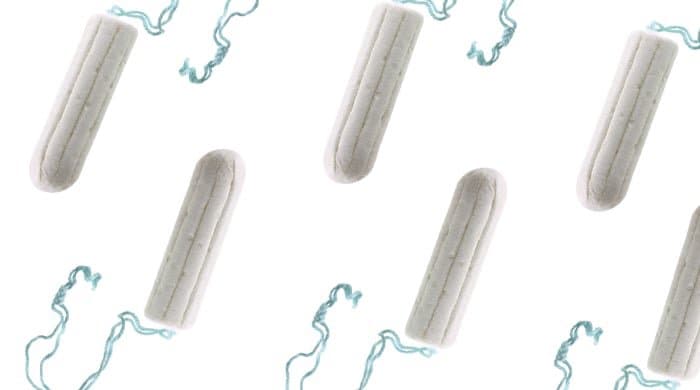 by Kelsey Butler
Need more deets? We combed through many to bring you 12 of the most crucial facts about your period-from the history of how women have dealt over the years to whether synced up cycles are really a thing!…
Aunt Flo, that time of the month, the crimson wave- whatever you want to call it, your monthly visitor plays a big role in your daily life. But are you sure you know everything there is to know about your cycle? It turns out there are tons of ways menstruation can impact your body, mind, and, yep, even your hair.
Sure, when you’re scrounging around your purse trying to find a few Rand to buy a pad in a public bathroom, you feel like the entire world is against you. But that sounds a hell of a lot more convenient than in Biblical times, when women gathered in a red tent to wait out their periods.
Let’s not even talk about the “period aprons” that women wore in the 1800s, which were akin to rubber diapers. Although, we’re not going to lie-we like the idea of what was done in the flapper-era, where ladies had to deposit money into a box to pay for their sanitary napkins instead of dealing with a clerk. (Boo for period shame, but yay for no lines!)

Your Time of The Month Can Be a Beauty Disaster

During the week leading up to your period, you experience a rise in progesterone levels- a hormone that leads to increased sebum production. Unfortch, that means either the week prior to your monthly visitor or the week of it, you may find your locks feeling stringy and oily.
That same upstick in oil production could also cause your skin to feel grimy. An increase in progesterone and testosterone can also make your pores look bigger in the lead up to your time of the month, too. Sounds like a good excuse to invest in some dry shampoo and oil absorbing sheets.
Read more: What It’s Like To Wear A Menstrual Cup

Period Pain Depends On Many Factors

Ladies who suffer from endometrosis-about 176 million globally-may experience excruciating period pain due to the condition, which causes tissue that usually lines the uterus to grow outside of it. Other women, however, could find themselves feeling worse during their periods due to junk-food heavy diets, a lack of exercise, or because they’re getting closer to perimenopause.
That said, if you’re suddenly feeling intense pain or bleeding through your clothing, it could be a sign of a bigger problem like fibroids or polyps.

Another reason to bust out your comfiest sweats-evidence shows that women can pack on up to five pounds during their periods. This irritating extra baggage is due to a combination of things: hormonal changes that cause bloat and water retention, exhaustion that leads to skipping the gym and a craving for everything on Seamless that is salty, chocolaty, or greasy.
Period cramps that make your couch the most comfortable place to hang out is just one more reason you may see a change on the scale.

Your Period Could  Change Your Number 2 Habits

You might find yourself trotting to the bathroom a little more than when you have your period-and not just to change your tampon. Due to your body releasing prostaglandins (chemicals that signal the uterus or bowel to contract) at the start of your period, you may find yourself pooping more when you’re menstruating.

Period Sex Can Be Fun

Having sex during your time of the month isn’t a weird kink or unhygienic. In fact, it can be downright hot, due to the forbidden nature of doing something new. Don’t be nervous about getting a bit dirty, and also remember that, yes, you can get knocked up while on your period-so don’t skip the condom if you’re not ready for a surprise!

Syncing Up Is a Real Thing

We learned a lot of things from Sex and the City –from what a Brazilian is to why it’s so important to have standing brunch dates with your best girls. We even upped our medical knowledge: it turns out that women who spend a lot of time together tend to have similar cycles.
Though there isn’t a ton of scientific research to back this up, anecdotal evidence indicates that it’s true. It could be because BFFs who live together have similar exercise and diet habits or because more women start their pill pack on Sundays, say experts.
Read more: 7 Facts That Might Change Your Mind About Menstrual Cups

PMS is a Total Bee-yotch!

But you already knew that. In addition to making you cranky, which we’ve all experienced at one time or another, the lead-up to your period can just be a real pain. Hormonal wackiness could be to blame for why you feel yucky-and why you have a harder time catching Zzz’s while you’re PMS-ing.
Remember those annoying prostaglandins we mentioned earlier? (Yes, the ones that cause your uterus and bowels to contract, a.k.a give you cramps and make you poop.) Taking anti-inflammatories, such as Motrin or Advil, can stop your body from producing more prostaglandins-thus keeping you from feeling worse. Time to hit the drugstore!
Though many consider it an annoyance, your period could be a really good indicator of how healthy you are. Heavy bleeding could tip you off to serious conditions like anaemia or uterine cancer. And drastic fluctuations in the amount you’re bleeding can also be a cue that thyroid issues may be behind the change.

No one will judge you if you do cry at yet another video of a dog reuniting with its long lost owner-nearly a third of women are sensitive to hormone fluctuations that can wreak havoc on your emotion at certain points near your period.
Noshing on complex carbs, however, can help keep blood sugar and emotions in check. Buh-bye chips and cookies, hello kale and whole-grains.
Don’t panic if you see a quarter-sized clot on your pad – it just means your blood is shedding too quickly for anticoagulants to do their thing. (It’s not uncommon if you have a heavy-flow.) if your clots are scary big (like the size of a peach or a plum, talk to your doc about how much you’re bleeding- you could be anaemic.
Read more about how this Olympic swimmer broke the menstruation taboo.
This article was originally published on www.womenshealthmag.com