Is Too Much Exercise Affecting Your Man’s Sex Drive Negatively?
Exercising is always a good idea, but just be careful that your man doesn't go too overboard — it could decrease his sex drive... 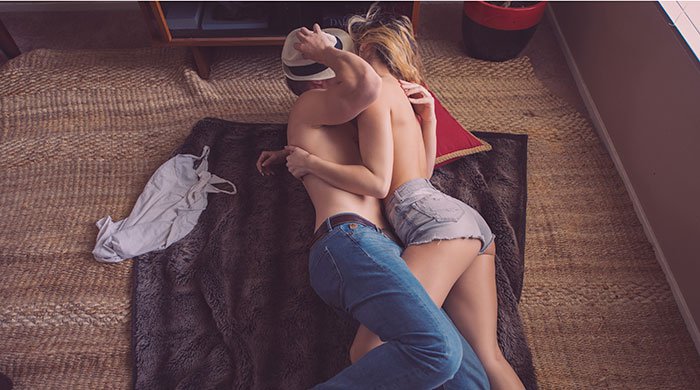 By Leigh Champanis-King; Photography by Pexels

Exercising is always a good idea, but just be careful that your man doesn’t go too overboard — it could decrease his sex drive and the quality of your sex life.

Every girl wants a fit guy — someone who looks after himself and keeps his body in good nick. Some of us would even prefer that our guys hit the gym multiple times per week, keeping their bodies shredded and lean… And maybe even super-swole. There’s nothing wrong with that, right? Not necessarily, but if you value your sex life and you’ve noticed a dip in his desire to rip off your clothes and get it on, you might want to tell him to tone down his training.

READ MORE:  This Might Explain Why Your Sex Life Sucks Lately

New research published in the journal Medicine & Science in Sports & Exercise has found a correlation between high-intensity training and low sex drive in men (gasp!). In the study, conducted by researchers at the University of North Carolina at Chapel Hill, 1 077 men (who already had an exercise regimen that included running, cycling, swimming, lifting or walking) completed a questionnaire that assessed their exercise training habits and libido levels.

Those men who engaged in low- to medium-intensity exercise less regularly were more likely to have high libidos, while those with the highest training intensity were found to have lower libidos. “Exposure to higher levels of chronic, intense and greater durations of endurance training on a regular basis is significantly associated with decreased libido scores in men,” authors said.

READ MORE: 4 Best Foods To Give Your Libido A Boost

With a lower sex drive comes the chance of fertility issues and the study authors included the following advice in their conclusion, “Clinicians who treat male patients for sexual disorders and/or council couples on infertility issues should consider the degree of endurance exercise training a man is performing as a potential complicating factor.”

Want to keep your guy fit and still keen to bump uglies? Try this sizzling couples’ workout – and, hey, grabbing a shower together afterwards won’t hurt either.