6 Healthy Homemade Pizza Recipes To Take Your Slice To The Next Level
The dish on pizza is that it’s more fattening than most desserts. Learn how to slash the kilojoule count on your next bite. 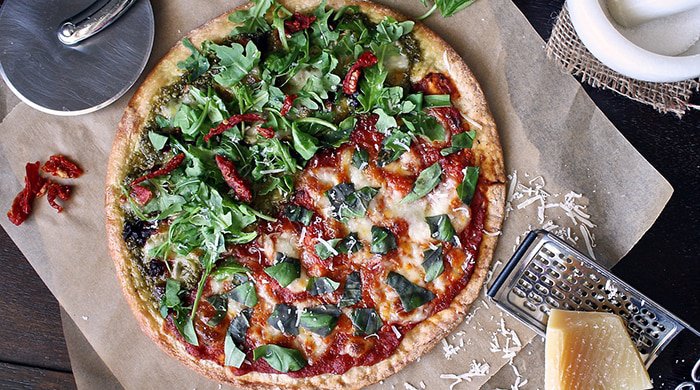 By Karen Ansel and Wanita Nicol; Photography by Pixabay

Break things off with the delivery guy.

If you auto-dial your local pizza place once a week, you’re not alone: according to last year’s Euromonitor International Consumer Foodservice report, pizza is South Africa’s best loved takeaway/home delivery fast food, with double the sales figures of any other takeaway. The problem: our fave fast food is loaded with fat and sodium.

But don’t forgo this tasty and convenient meal option altogether. “The right toppings can transform this fattening grease bomb into a healthy meal,” says dietician Keri Gans, author of The Small Change Diet. “When making a pizza, use plenty of tomato-based sauce (you can add chilli, basil or chives for more flavour) and veggies,” suggests WH weight-loss advisor Elienne Horwitz. “Then lightly sprinkle mozzarella or feta over it.” Top a shop-bought wholewheat crust or cheeseless build-your-own takeaway with one of these waist-cinching combos

READ MORE: 8 Easy Pizza Toppings That Are Delicious AND Healthy

Hold the sausage. “Parma ham is much leaner and provides the same meaty satisfaction without all the kilojoules or grease,” says Gans. Trade mozzarella for goat’s cheese or feta and you’ll get a mouthful of creamy goodness and 11 percent fewer kilojoules.

Layer one slice ready-made pizza base with half a cup diced tomato and half a cup chopped rocket. Top with 14g thinly sliced Parma ham. Sprinkle with one tablespoon crumbled goat’s cheese or feta and a pinch of freshly ground black pepper. Drizzle with one teaspoon extra virgin olive oil and bake in a 190°C oven for five to seven minutes, or until cheese melts.

If you like your slice on the sweet side, there’s another option besides Hawaiian-style (that’s pineapple and ham for the uninitiated). Try some non-fat ricotta sweetened with orange marmalade, a touch of honey and slices of fibre-filled pear for a healthy meal that tastes like it could be dessert.

Spread two teaspoons orange marmalade over one slice ready-made pizza base. Top with a quarter cup non-fat ricotta and spread well to cover. Top with a third of a thinly sliced Bosc pear. Drizzle with one teaspoon honey and bake in a 190°C oven for five to seven minutes, or until warmed through.

“Feta on pizza is a really smart choice,” says Gans. “You only need a little to get a lot of flavour, which results in a huge kilojoule saving.” Then there’s a generous serving of veggies, including roasted red peppers and rosa tomatoes, which dish up more than 40 percent of your daily vitamin C.

You don’t have to weigh down your slice with chorizo or extra cheese to score a hearty serving of satiating protein. A reduced-fat hard cheese such as Slimmer’s Choice Cheddar, Gouda or mozzarella (around 13 percent less fat than regular cheese) and skinless white meat chicken with a coating of tangy barbecue sauce keeps you satisfied – so you won’t be tempted to polish off the rest of the pizza by yourself.

Toss a third of a cup cubed grilled chicken breasts and two tablespoons diced red onion with one tablespoon barbecue sauce. Spread evenly over one slice ready-made pizza base. Sprinkle with one teaspoon grated reduced-fat cheese. Bake in a 190°C oven for five to seven minutes, or until cheese melts.

Fennel is one of the ingredients that give Italian sausage its distinctive taste. Sprinkle it, fresh or dried, onto your pizza and you’ll get the flavour you crave minus all that unwanted fat and bloat-inducing sodium.

Sauté half a cup diced fennel, three-quarters of a cup grated courgette and a pinch of chilli flakes with one teaspoon olive oil in a small pot over medium heat for five minutes, or until fennel softens. Spread over one slice ready-made pizza base. Sprinkle with two tablespoons reduced-fat grated mozzarella cheese melts. Bake in a 190°C oven for five to seven minutes, or until cheese melts.

You could order a side salad with your pizza – or you can just pile your greens on top instead. This combo features crumbled goat’s cheese, which adds a big kick of robust flavour for a fraction of the fat you’d get from a standard mozzarella-loaded piece. And best of all, there’s zero cooking required.

Toss one cup baby spinach with half a cup sliced red grapes, one teaspoon pine nuts, one tablespoon crumbled goat’s cheese and one tablespoon light balsamic vinaigrette. Top one slice ready-made pizza base with the salad.

Next time you eat out, try one of these kilojoule-shaving tricks, courtesy of WH weight-loss expert Elienne Horwitz

—Ask for your pizza to be made with half the usual amount of cheese – or even better, order a cheeseless pizza and top with a cheese that contains less fat, like feta.
—Opt for a thin crust over the regular kind – this simple trick can reduce your carbs from two servings per slice to one.
—Order a cheeseless pizza and sprinkle your slice with one tablespoon of grated Parmesan cheese.
—Shrink your portion by sharing a pizza with a friend and ordering a side salad to bulk up the meal – eat the salad first so it fills you before you tuck into the pizza.
—Bulk up your toppings with veggies like broccoli, asparagus, artichoke, cauliflower, spinach, peppers, tomatoes, sun-dried tomatoes, aubergine, mushrooms and onions as they contain micronutrients and will fill you up.

Looking for more healthy recipes? Here are seven insanely delicious zoodle recipes, seven ways to mix up your cauliflower rice, plus 10 things you can do with avocado that don’t involve toast. Enjoy! 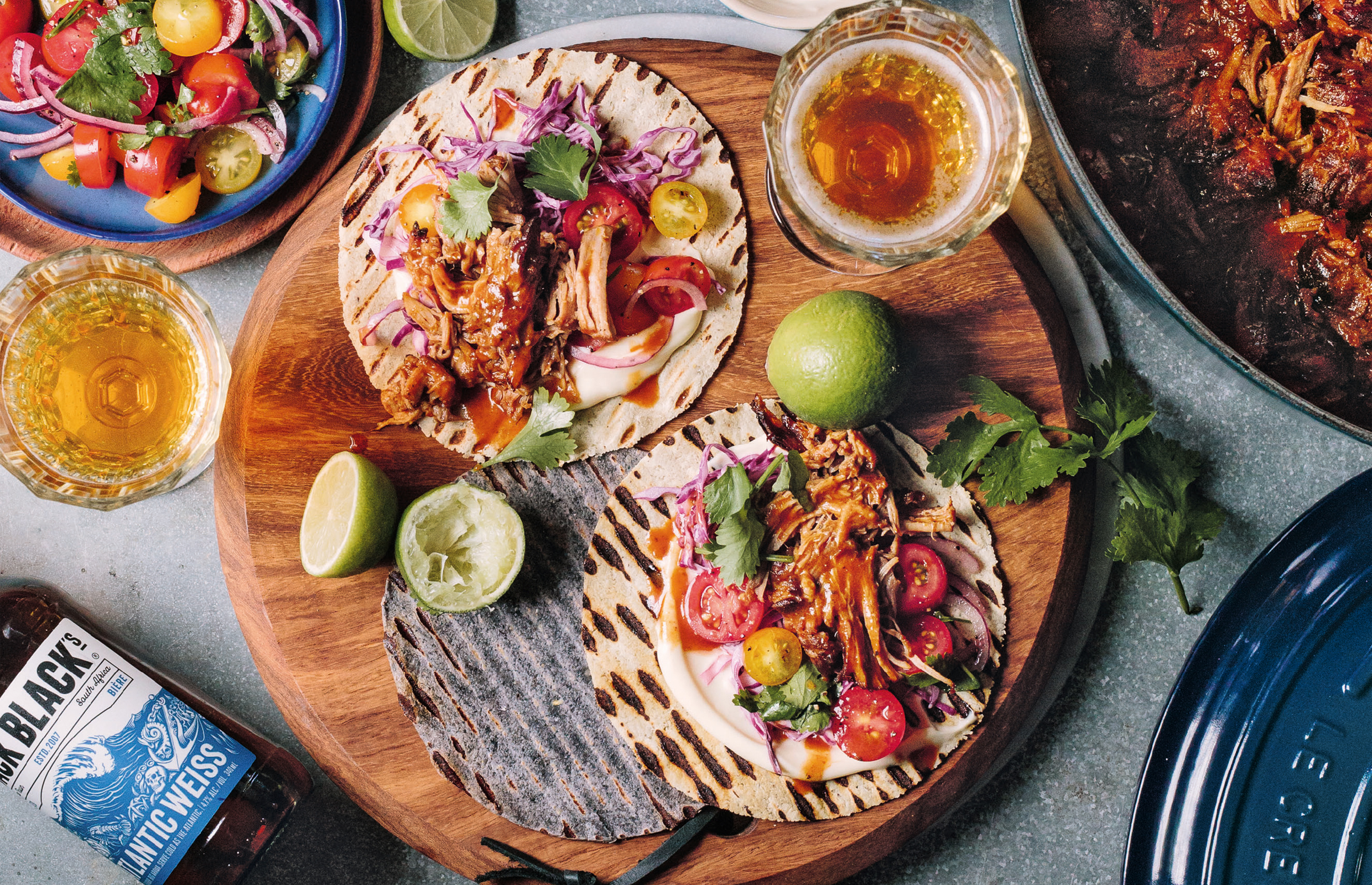 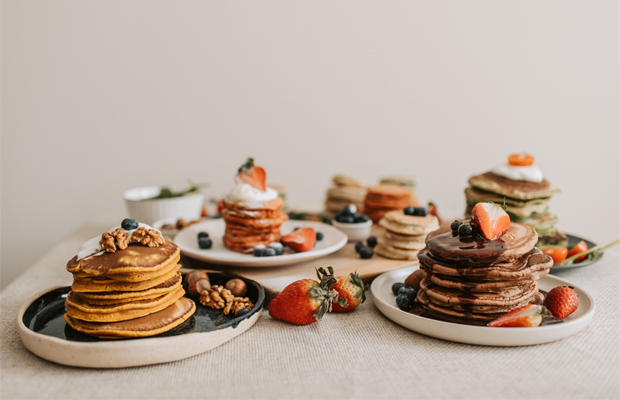 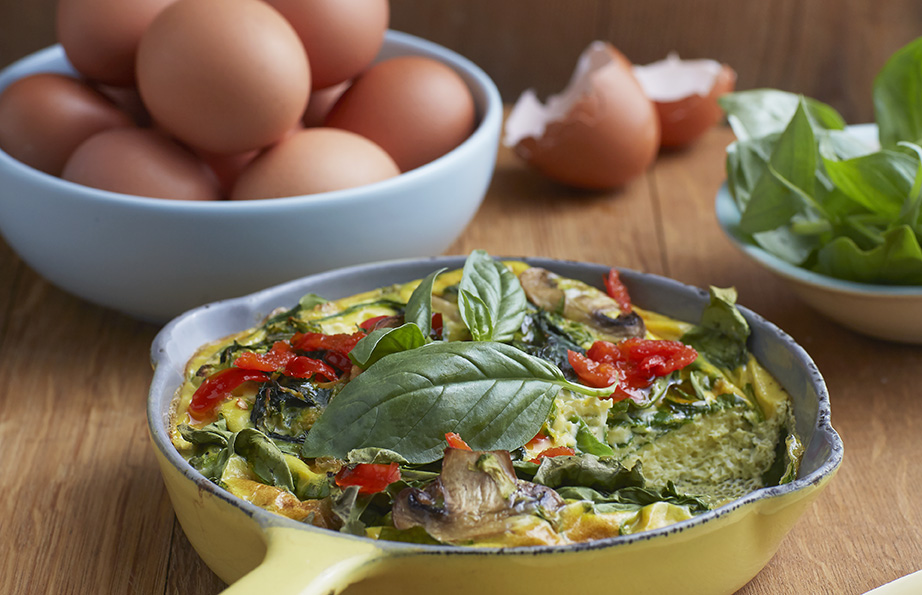 Why You Should Eat Eggs — The Updated Science

I personally love to eat eggs – they're an affordable, versatile source of protein and other vital...