What Every Woman NEEDS To Know About Toxic Shock Syndrome
You might have heard about it, or glanced at the pamphlet that falls out of your tampon box, but rarely do you actually pay attention to warnings about TSS. 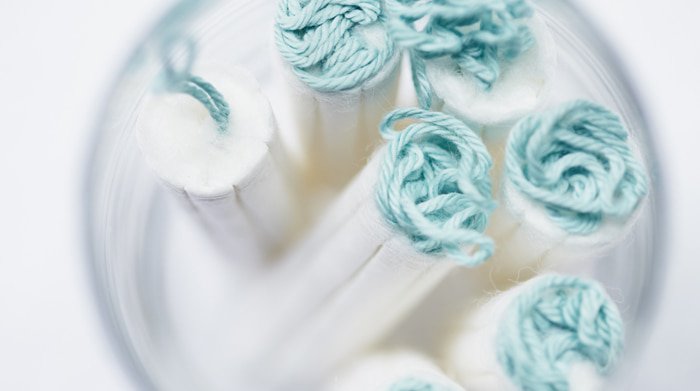 You might have heard about it, or glanced at the pamphlet that falls out of your tampon box, but rarely do you actually pay attention to warnings about TSS. This is what you need to know, and why it’s important to take note…

Toxic shock syndrome is a rare, life-threatening illness triggered by certain bacteria (group A streptococcal and Staphylococcus aureus). In toxic shock syndrome, toxins (poisons) produced by the bacteria cause a severe drop in blood pressure (hypotension) and organ failure. In some patients, these bacteria enter the body through an obvious break in the skin, such as a wound or puncture. Other cases are related to the use of tampons. Sometimes, however, toxic shock develops after a relatively mild injury, such as a bruise or muscle strain, or no cause is identified at all.

READ MORE: What Every Woman Should Know About Using Scented Tampons And Pads

READ MORE: Wait A Second — Are Tampons Legitimately Bad For You?

Symptoms of toxic shock include

READ MORE: 7 Facts That Could Change Your Mind About Menstrual Cups

Is it okay to leave your tampon in longer than prescribed?

Here’s the scary thing that can happen if you do…

Ever heard of someone having Toxic Shock Syndrome? Alicia September* (29) always thought TSS was some scary myth that only existed on the inserts of tampon boxes – until it happened to her…

My trouble began with a week of consistent, nagging headaches. Disprin and Grandpa provided only temporary relief. Then came a neck spasm that kept me awake at night. I visited my chiropractor, but no sooner was the spasm fixed than the other side of my neck went into spasm. Three chiropractor visits, a new pillow and many painkillers later, the spasms finally subsided but my headaches were as bad as ever.

I also felt fuzzy and zoned out – I would stare at my computer screen, trying to formulate an email, and the words just wouldn’t come. It felt as though my brain was in slow motion, but I put it down to the painkillers.

A week into my headaches, I noticed an unusual, smelly discharge. I wore panty liners daily and carried spare underwear, but I didn’t associate it with my other symptoms. Then, about a week later, I felt something hard in my vagina while showering.

The next morning I called the doctor, but couldn’t get an appointment until the following day – because I wasn’t in pain, it wasn’t considered an emergency. That evening, I plucked up all the courage I had and took a picture with my cellphone camera. I burst into tears when I saw a white mass protruding from my vagina. I thought, Oh God! I have a cyst growing out of me!

My doctor’s appointment couldn’t have come fast enough. In disbelief I heard her announce, “Oh, this is a tissue or a tampon or something.” My last period was two weeks earlier! The doctor explained that the chemicals used to bleach the tampon, combined with bacteria that had been given time to flourish, had sent my body into toxic shock. My headaches, neck spasms and sluggishness were all symptoms.

I had read about TSS, but I always thought, how could you forget to remove a tampon? That will never happen to me! Interestingly, the doctor said she sees it often – usually women forget they’re wearing a tampon and insert another one behind it.

I was prescribed a strong course of antibiotics and a Betadine douche – a messy thing that I hope I never have to use again – and two days later my brain function started returning. The world was brighter. I have used tampons again, but I’m pedantic about removing them now – even if it means setting an alarm. A silly mistake could have cost me my life!