“I Was Thin And ‘Tanned’ — But These Were Signs Of An Iron Condition”
We've all heard of iron deficiency, but what happens if you have too much iron in your body? Here's what it's like to live with haemochromotosis... 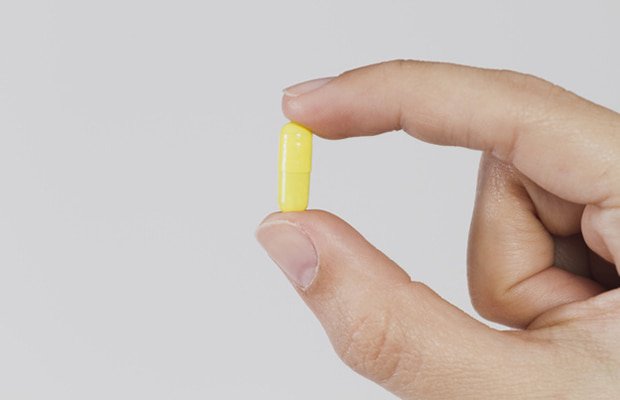 Around 10 percent of South Africans suffer from a lack of iron and take iron supplements for it, but you can also suffer from too much iron, a condition called haemochromotosis. Here, Kirsti Lyall, a woman who lives with it, shares her story…

Seemingly out of the blue, Kirsti started losing weight and feeling tired all the time. People also noticed that her skin had a slightly yellow tone. She put it down to stress; after all, work was really busy at the time. But, strangely, she couldn’t turn to alcohol to relax – whenever she drank, she felt terrible, even after just one glass of wine. She tried various ‘liver remedies’, such as milk thistle, but nothing helped. (She would later discover that these actually just made her condition worse.)

READ MORE: What Are Activated Charcoal Pills – And Are They Actually Good For You?

After feeling this way for a while, and suffering the occasional heart palpitations when lying down, Kirsti decided to seek professional help. “I finally saw my GP, who luckily asked me about my family history,” she says. Through discussing Kirsti’s family, her GP had a good idea of what could be the problem and sent her for blood tests immediately.

What Exactly Is Haemochromatosis?

“Hereditary haemochromatosis, or HH, is an inherited disorder of iron metabolism where the intestines have an increased tendency to absorb iron,” says Dr Janine Silberbauer. The iron absorption of an HH sufferer can be 10 times more than that of a normal person.

This condition usually affects middle-aged men, more so than women, and can occur from 18 years onwards. In the case of women, we have a built-in defence mechanism – your period, girls (finally doing something useful!). Excess iron is lost through monthly blood loss, but sometimes it’s not enough – as in Kirsti’s case.

READ MORE: 5 Signs You Might Have A Scary Vitamin B12 Deficiency

“In the Northern European (especially Celtic ancestry), this is one of the most common inherited conditions,” says Silberbauer. One in 10 people of this specific population may be a carrier of the defective gene and one in 200 to 400 people may be affected by the disease. Kirsti’s Dad is British. Although he isn’t affected by haemochromatosis, he is the carrier and passed it on to her.

“I’m relatively young to have haemochromatosis actively,” says Kirsti. It could be due to alcohol consumption, which Kirsti now monitors carefully. Because there is extra iron in your blood, your liver and kidneys are already under pressure, so the more you drink, the greater the risk of liver damage.

In the worst case scenario, HH can cause dilated heart chambers and heart failure, so it’s best to catch it quickly.

Signs To Look Out For

In the early stages, the person affected may feel tired, experience joint pains and a lack in libido. Silberbauer adds that this makes it difficult to diagnose as the symptoms could be due to a number of conditions. Later signs of the disease are liver problems (liver disease and liver failure). This is why the effect of alcohol is so severe.

HH also has an effect on the pancreas, which causes a type of diabetes called diabetes mellitus or ‘bronze diabetes’ and this is why a person with this condition may appear more tanned, explains Silberbauer. In fact, people often dismiss her condition because Kirsti looks thin, tanned and, well… great.

So, How Do You Manage Haemochromatosis?

“HH is treated by controlled venesection,” explains Silberbauer. This is the regular ‘bleeding’ (essentially, giving blood) that Kirsti undergoes to ensure the correct level of iron is maintained within her body.

The higher your iron content, the more you need to donate. “My numbers are currently under control, so I give blood every six weeks,” says Kirsti. Haemochromatosis can also result in low vitamin B levels, so vitamin B injections may be necessary. Kirsti initially had a vitamin B injection once a week.

READ MORE: 3 Times You Need To Take A Supplement, According To A Dietician

“There are certain foods high in iron that I don’t overindulge in,” says Kirsti. Silberbauer adds that vitamin supplements containing iron should be avoided at all costs. Alcohol and uncooked seafood should also be skipped. “Some types of bacteria commonly found in uncooked seafood may thrive on iron-rich plasma in the blood,” explains Silberbauer.

While it can be a burden, since being diagnosed, Kirsti has continued giving blood and she says she feels healthy. “About a year ago, I didn’t give blood for a while and it definitely affected my energy levels and how I felt, so I’ve gotten back into my routine,” she adds. “I’ve always taken it in my stride, and I actually have a close friend who has it too, so I’ve used her as a sounding board when I’ve needed to.”

READ MORE: So This Is Why Your Daily Vitamins Make You Nauseous

And the future is bright. “The field of molecular genetics and its impact on medical genetics is rapidly expanding to include the hope for cure of diseases like HH that has an underlying genetic abnormality,” says Silberbauer. The new molecular technology CRISPR-Cas9 enables molecular biologists to edit DNA to get rid of the defective mutation in a gene and replace it with a normal functioning gene.

Hopefully sooner rather than later. Kirsti – hang in there, sushi and wine might be around the corner.