3 Easy Ways To Boost Your Ebbing Libido — Almost Instantly
Suffering with a low libido? Stress and technology might be to blame. Read on for three solutions to guide you back to orgasm town 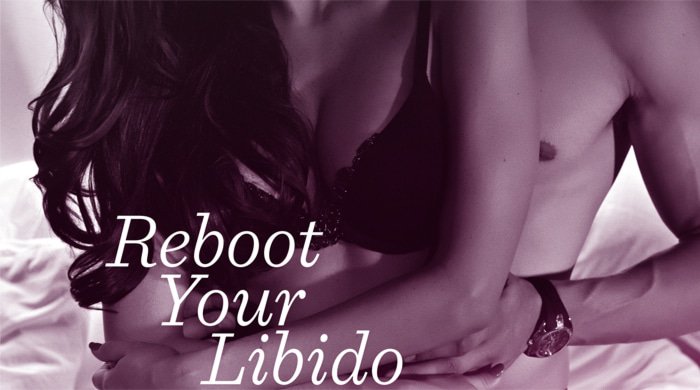 The average number of times per month women are getting jiggy with it has decreased from 6.3 to 4.8 times in 20 years. Plus, women are twice as likely to have gone without bumping uglies for a whole year compared with men (they say we’re picky, we say have you seen the slim pickings on Tinder lately?). This joyous news comes courtesy of a new survey of sexual attitudes in the journal The Lancet, which suggests a mounting (sorry) dissatisfaction with our sex lives compared with the male of the species (although 15 percent of them also reported a drop in libido).

READ MORE: 5 Low Libido Causes That Have Nothing To Do With Hormones

THE EXPERTS SAY: Your boss is the reason you associate the word “climax” with the end of a really long AGM rather than a saucy quickie up against the fridge. The humble foot massage will sort you out (bear with us here). Studies conducted by the National Institute of Health in the US have proven that reflexology instantly decreases blood pressure and lowers anxiety. What’s more, says acupuncturist Sandra Bird, foot massage provides access to one of the most heightened sexual release points on the body – the “yongquan” or “gushing spring” point located on the sole, about a third from the base of the second toe and two thirds from the heel edge. Basically, that midpoint where his massaging thumbs fit perfectly. In other podiatry-related sex news, pushing on the bit between your big toe and second toe is apparently another major stress-release point. Time for a toe wax!

THE EXPERTS SAY: Emailing, scrolling through News24 comments and playing Candy Crush are detracting from the actual button pressing you want in the bedroom. A recent study published in the Journal of Sexual Medicine found that when women ignore common distractions (phones, TVs, laptops), they can start to become aroused in as little as 30 seconds. Yet an eye-watering 81 percent of adults always take their cellphone or tablet to the bedroom at night.

Here’s how to kick the habit: set your alarm before you even enter the bedroom and don’t touch your phone once you’re in bed, suggests Rudolph. Or, on the flip side, you could make your smartphone part of the action (no, not like that, there aren’t enough screen wipes in the world for that game).

READ MORE: 4 Best Foods To Give Your Libido A Boost

Solo viewing can put an intimacy wedge between you and your partner, so convert porn-viewing to a joint activity instead. “Use it for inspiration for sex moves or to open up dialogue about what you like or don’t like,” says Rudolph. “But, if you need it to get into the mood every time, there’s something else going on.” For something genuinely educational, try DreamsOfSpanking.com, which weaves tips on technique into the entertainment. And no, sadly, Magic Mike Uncut is not on there.