Here’s What To Do If You Think Your Partner Might Be Cheating
Cheating happens in many relationships, and sometimes you're on the receiving end. This is why you shouldn't hire a PI to find out if your S.O is cheating. 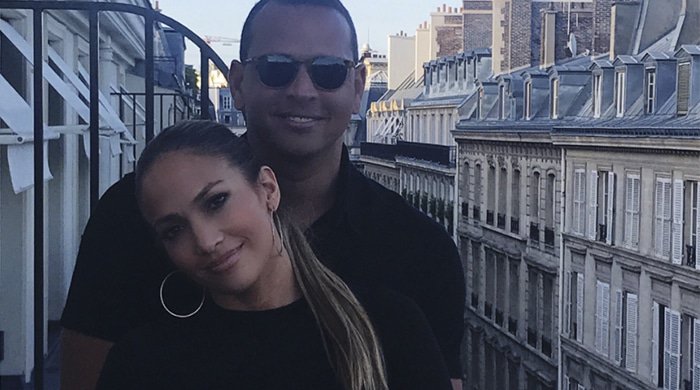 J.Lo apparently hired a private investigator – but is that a good idea?

You’re well aware that cheating happens, and it’s terrifying to think that it could happen to you. And that fear can make people go to extreme lengths to protect themselves like, say, hiring a private investigator to tail your S.O.

That’s reportedly what Jennifer Lopez did after she suspected that her boyfriend Alex Rodriguez was cheating on her, Us Weekly reports. “He found out and they had a huge fight,” a source tells the magazine. “But they’re working through it.” Apparently, J.Lo’s fears started in June, right around when the National Enquirer published an interview with A-Rod’s alleged former mistress, Lauren Hunter.

READ MORE: “I Cheated – Should I Tell My Partner?”

J. Lo was reportedly worried that her relationship with A-Rod was too good to be true, so…she had someone follow him. “She’s really into Alex and wants it to work,” the source says. “So she’s trying to control as much as she can.”

While hiring a private investigator probably isn’t in your budget, it also isn’t advisable even if you can afford it. “General rule of thumb: If you are hiring a P.I. in your relationship, it may be time to leave,” says licensed clinical psychologist Dr Ramani Durvasula, author of Should I Stay or Should I Go?

If you suspect your partner is cheating on you, Durvasula says it’s important to communicate with them and ask what’s going on. Of course, they may deny it, but it’s crucial to indicate why you’re concerned and see if your partner is willing to listen. Maybe you’re afraid that your partner is cheating because you can never reach them when you’re not together, or they’re just acting differently lately—it’s possible that they may be unintentionally behaving in a way that seems off when nothing bad is actually going on. But, it’s possible something is up, too.

READ MORE: 5 Major ‘Relationship Saves’ After Your Partner’s Had An Affair

If you have some kind of evidence that shady business is going down, Durvasula says you should approach your partner about it, hear them out, and then think about the implications of their answer.

It’s not easy when you think your partner is cheating, and Durvasula says that most people don’t handle it with grace (although, that’s understandable). “More often than not, we want ‘evidence’ and ‘proof,’ and the answers often don’t come,” she says.

For their part, J.Lo and Alex seem super-committed to each other despite the rumours. She told Extra earlier in July that she feels “really lucky,” to have him in her life. And a source close to Jennifer told People that the star “isn’t going to let someone from Alex’s past ruin what she has with him.”
If you seriously think that your partner is capable of cheating, it’s important to figure out why. It’s possible that you’ve been burned in the past and are letting that creep into your current relationship. But if it’s something that your S.O. is doing, it’s not great. “The fact that you think your partner is capable of this is not a good sign for your relationship,” Durvasula says.
Thinking of cheating on your partner? Ask yourself these 4 questions before you decide to have an affair, plus these 6 things will make your partner more likely to cheat.
This article was originally featured on www.womenshealthmag.com