10 Things You Really Should Know About Your Period, But Probably Don’t
We get it every month, so how on earth did we not know these things about our period? Check it out because, trust us, this is pretty vital intel... 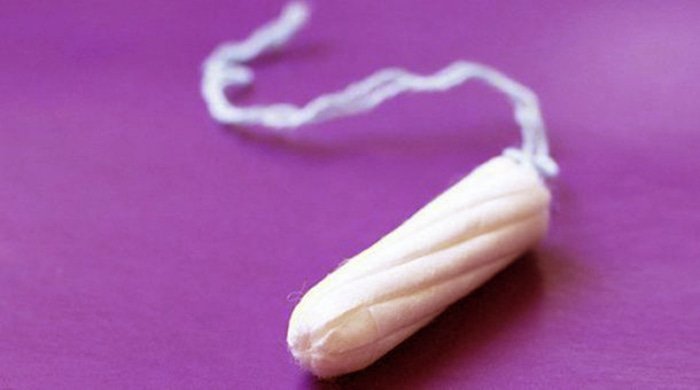 By Victoria Joy; photograph by Agata Pec at Hearst Studios

1. Which of these nutrients can take the edge off PMS?

A. Niacin
B. Thiamin
C. Calcium

B. The bloat, the irrational doom, the inexplicable weeping when you can’t find your glasses. Well, vitamin B1 — also known as thiamin — may help with all of that, according to a study published in the Journal of Psychosomatic Research. The results showed that taking 200mg of the stuff on days when PMS was most severe reduced physical and emotional symptoms. Pop one pill a day or increase your intake of B1-rich food sources (such as fresh and dried fruit, eggs and wholegrain bread) to keep things in check.

2. Having an orgasm can get rid of menstrual cramps

3. A whopping 75 percent of women experience which PMS symptom?

A. The breasts of Pam Anderson
B. The stomach of the Oros Man
C. The temper of the Hulk

A. If you suffer from ‘cup spilleth over’ syndrome, you are not alone. “It’s down to a spike in progesterone levels just before your period, prepping the body for pregnancy, which is why the boob discomfort disappears once you begin menstruating,” explains Raine-Fenning. The simplest fix? “Get measured during this time and invest in a bigger, comfier, wire-free bra for that time of the month.”

4. If you’re trying to give up smoking, you should do it…

A. Yup, apparently the early premenstrual phase of your cycle, which starts two weeks before your period, is prime time for quitting smoking. Researchers from the University of Pennsylvania found that reproductive hormones — the progesterone-to-oestrogen ratio — can have a direct effect on addictive behaviours. High levels of progesterone hinder reward-motivated habits, like smoking, eating fatty foods and boozing.

5. You’re losing your grip on life… And your bowel function. What gives?

B. Annoying, but true. “The hormonal pathways we rely on to facilitate reproduction often affect other areas nearby, including the bowels. That’s why women often report diarrhoea, constipation or passing wind before and during their period,” explains Dr Ahmed Ismail, consultant gynaecologist and obstetrician. His verdict? “It’s completely normal and shouldn’t need treatment unless it becomes unbearably painful.”

B. In one of the most irksome studies ever to be published, Oxford University scientists concluded that women who experience severe period pain process pain stimuli differently from those who only feel the odd twinge. The real gutter is that increased sensitivity to pain was evident throughout the entire menstrual cycle, not just when the cramps were kicking in, suggesting these women are permanently wired not to deal with pain as well. But remember, painful cramps are also a sign of endometriosis, fibroids, hormonal imbalances… The list goes on.

7. Ovulation means your vagina is more likely to…

B. Yup, an itchy vagina… A report in the Journal of Leukocyte Biology suggests that women become more susceptible to fungal infections during ovulation because the immune system is temporarily weakened in order to make the body hospitable for fertilisation. But fear not: a wave of studies has shown that upping your intake of certain strains of bacteria can help beat this type of infection into submission. “Taking a daily probiotic supplement containing L. rhamnosus and L. reuteri is one of the most effective ways to speed up recovery from thrush, or prevent it long-term, because these two strains naturally suppress the fungus that causes it,” explains nutritionist Kim Pearson. Try Reuterina Femme Women’s Health Probiotic Capsules (R209, Clicks).

8. Which of these ingredients can help regulate periods in PCOS sufferers?

B. Cinnamon has been credited with fixing abnormal period frequency — a symptom of polycystic ovary syndrome. Preliminary results from a Columbia University study showed that women who took a daily cinnamon supplement had more regular menstrual cycles than those who took a placebo.

9. Your periods naturally sync with the cycles of your colleagues

B. A biological nod to the sisterhood is a nice thought, but there’s no real evidence to suggest our cycles calibrate with those of other women. The idea was introduced by a research paper published in 1971, but contemporary experts argue that initial research was flawed and more recent studies show no synchronicity. So that’s that, then.

10. When’s the best time in your cycle to hit HIIT hard?

C. If you like to take your cardio with a side of serious sweat, schedule your toughest workouts around day 14 of your cycle — about a week after your period ends. Raine-Fenning explains that this is when your levels of oestrogen and testosterone soar, so your body is at its most powerful. If you feel yourself flagging before and during your period (entirely normal), swap burpees for barre work or biceps curls – you’ll get more out of your sessions by focusing your energy on strength training rather than high-intensity cardio.

How did you score?

0 – 3 Bloody terrible
Your knowledge is on shaky ground. Which could also be said for phone apps and websites that predict monthly fertility after research in Obstetrics & Gynecology found that only one in 20 websites accurately predicted ‘safe’ days. See your GP to calculate with confidence.

4 – 6 Mid-cycle
Not a bad score. Want to add one more fact to your arsenal? Sexual activity throughout the month — not just within your window of implantation — has been shown to increase a woman’s chances of getting pregnant by improving immunity, according to recent research from Indiana University. Enjoy.

7+ Egg-cellent work!
You got this covered. Period. What more can we say other than to celebrate with a bout of yoga? In a study published in the Journal of Family and Reproductive Health, stretching sequences, performed three times a week, were proven to cut short period cramps. Namaste to that.

Thought you’d heard it all? Here are 6 common period myths – busted! Plus: 8 things that could crush those niggling PMS symptoms.