Finally, A Period Ad That Realistically Depicts Our Monthly Suffering
Periods are normal. Showing them should be too. This new campaign by Libresse breaks all the period taboos by portraying it realistically. 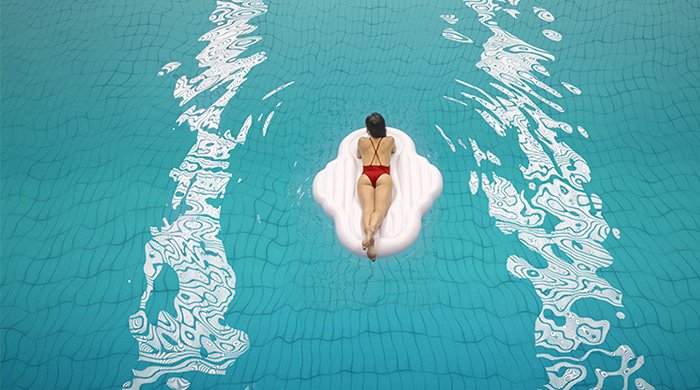 “Periods are normal. Showing them should be too.”

How do you refer to your period? Do you perhaps use ‘aunt flo’, ‘that time of the month’ or ‘the crimson tide’? From the moment we get our first period we’re told not to talk about it openly. So instead we come up with these  euphemisms which allude to menstruation, without having to mention the word ‘period’.

Global feminine  brand, Libresse conducted a survey of of 10 000 men and women and  found that nine out of ten women hide their period. They do so by either hiding their sanitary products in a pocket, carry their handbag to the toilet or walk quickly to the bathroom to avoid being stopped.

READ MORE: These Women Wrote Hilarious Odes To Their Periods On Twitter

We’ve been made to feel as though menstruating is shameful when in reality it’s completely normal and something all women experience. Contributing to this shame is the imagery found in period advertising. If we’re not being shown smiling women, dancing on their period, blue liquid is being used as a stand-in for menstrual blood.

A new campaign by Libresse has put all the unrealistic portrayals of menstruation to bed. The ground breaking campaign, called #bloodnormal, hopes to end period shaming by showing realistic portrayal of periods in a short film. In the film we see  a guy buying sanitary products, a woman asking for a pad across the dinner table and school children passing a pad across the classroom. Towards the end of the film we see women who are in pain, while the infamous blue liquid has been replaced with a more fitting red liquid.

Art Director for the Campaign, Nadja Losgott, says they wanted to depict periods openly and honestly. “Periods are never shown or spoken about in culture and when they are, it’s to demean. And so we wanted to push back, we wanted to create a world where periods didn’t feel shocking or gross. We wanted to treat periods like the most normal thing in the world,” she says.

READ MORE: Here’s Why Women Should Be Allowed To Take Menstrual Leave

Many people have welcomed the campaign:

Love the #bloodnormal campaign.Removing stigma frm something that has historically been used to shame women,even tho it is absolutely normal

Never thought I’d be so happy to see blood in an advert for sanitary products! #bloodnormal @bodyform well done! ?? pic.twitter.com/V7Letsq9ot

Losgott says the campaign has gone beyond the short film. The embroidered period lingerie shown in the film is now available to buy, while the inflatable pad lilos have also been made and distributed.

“The more we can discuss periods, the more we can involve men in the conversation and the more the media portrays periods positively and celebrates them, the quicker society will catch up and see periods as normal,” says Losgott.

It’s time we destigmatize periods. It would be a bloody shame not to.

Want to learn more about your period? Here’s 7 things you should always do during your menstrual cycle, plus this is what your period blood consistency says about your health.