What Exactly Is ‘Sugar Tax’ — And What Does It Mean For Your Waistline?
Last year Pravin Gordhan announced that, as of 1 April 2017, the "sugar tax" would come into effect in South Africa and health officials rejoiced. 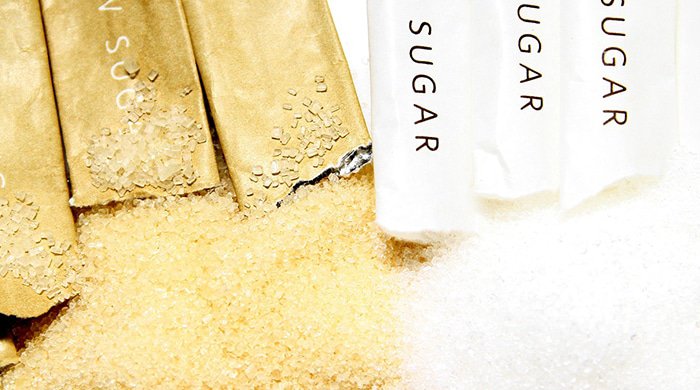 When it comes to the effects of sugar, it’s not good news.

Last year Pravin Gordhan announced that, as of 1 April 2017, the “sugar tax” would come into effect in South Africa and health officials rejoiced. But fast-forward a couple of months and it seems that not everyone is sold on the idea. The proposed ‘tax’ on the sweet stuff is coming under severe scrutiny from parliamentarians. The big question they’re all asking: Does South Africa need another tax and how effective will it really be?

So, we’ve decided to take a look at the facts.

So what is ‘sugar tax’ exactly?

In a nutshell, ‘sugar tax’ has been designed to reduce sugar intake from sugar-sweetened beverages by upping the price with a 20% fiscal tax. The tax forms part of the South African National Department of Health’s strategic plans to prevent and control non-communicable disease, and obesity.

While no one can argue that less sugar in our diets is a bad thing, not everyone is happy about the tax. Earlier this month the National Treasury put out a statement saying that businesses linked to selling soft drinks and the like, could suffer an estimated R1.4 billion loss in revenue, should a ‘sugar tax’ be implemented. Last year, The Food And Allied Workers Union planned a march to the National Treasury in protest against the tax being implemented, stating “we do not believe that a tax on sugar-sweetened beverage products will be a mechanism to achieve the intended health objectives.”

Why do we need it?

Consider this shocker of a stat for a minute: according to the Daily Maverick, in urban SA, fizzy drinks alone account for 10.3 percent of daily kilojoule intake — just a wee step behind Mexico (12 percent), “which holds the unenviable title of the country with the highest death rate linked to sugary beverages in the world”. Not exactly the silver medal we’re gunning for, right?

What does the sugar tax mean for you?

Even  if you’re aware that many foods and drinks pack sugar, you may not realise just how much. For instance, doesn’t a chilled fruit drink sound better than Coke? A 500ml bottle of Coke has just over 13 teaspoons of sugar. The same amount of orange juice has just over nine — better, but not  by much.

READ MORE: How Much Sugar In In Your Favourite Soft Drink?

Uber-sugary beverages, major culprits in the prevalence of obesity, lifestyle diseases and, consequently, scarily shortened lifespans, will cost enough to make you think twice before mindlessly reaching for your next fix. Just like the “sin” taxes placed on baddies like cigarettes and and alcohol, the estimated tax would be in the region of R2.29 per litre of sugar-sweetened beverage.

And when the packaging doesn’t contain nutritional labelling? An even higher amount of sugar will be assumed. (FYI: 100 percent fruit juice and unsweetened milk and milk products are exempt.)

Why should we be cutting out sugar?

We all know that cutting sugar from our diet is good for our health and waistline, but how many of us know why? The answer lies in the difference between the fat on your belly and what’s stored on the rest of your body. The non-belly fat — the pinchable stuff on our thighs and backsides — is called subcutaneous fat. It’s actually pretty friendly in healthy doses, acting as a storage depot for energy.

READ MORE: What Sugar REALLY Does To Your Body

Belly fat is a different matter entirely. It’s actually active, so much so that it’s now regarded as an organ in its own right. It churns out nasty substances that impair healthy body function — and it likes to add to itself. We refer to this lurking nasty as the “sugar belly”.

An early study that looked for a link between fructose consumption and body fat was conducted on mice. German researchers allowed them to freely drink plain water or fructose-sweetened water — the rodent version of soft drinks — for 10 weeks. Though the fructose-sipping mice regularly ate fewer kilojoules from solid food, they gained weight and ended up with 27 percent more body fat than the mice that drank plain water. Because fructose doesn’t need insulin to enter the cells, it floods  the body and is quickly stored as fat.

Looking for more ways to kick the sugar habit? Try and detox from sugar with this blend! And before you reach for those sugar substitutes, maybe checkout what’s really hiding in your sweetener.