​7 Things You Should Know Before Taking Probiotics
we asked scientists at the forefront of probiotic research to help us separate fact from hype, and pros...from cons. Here's what you need to know. 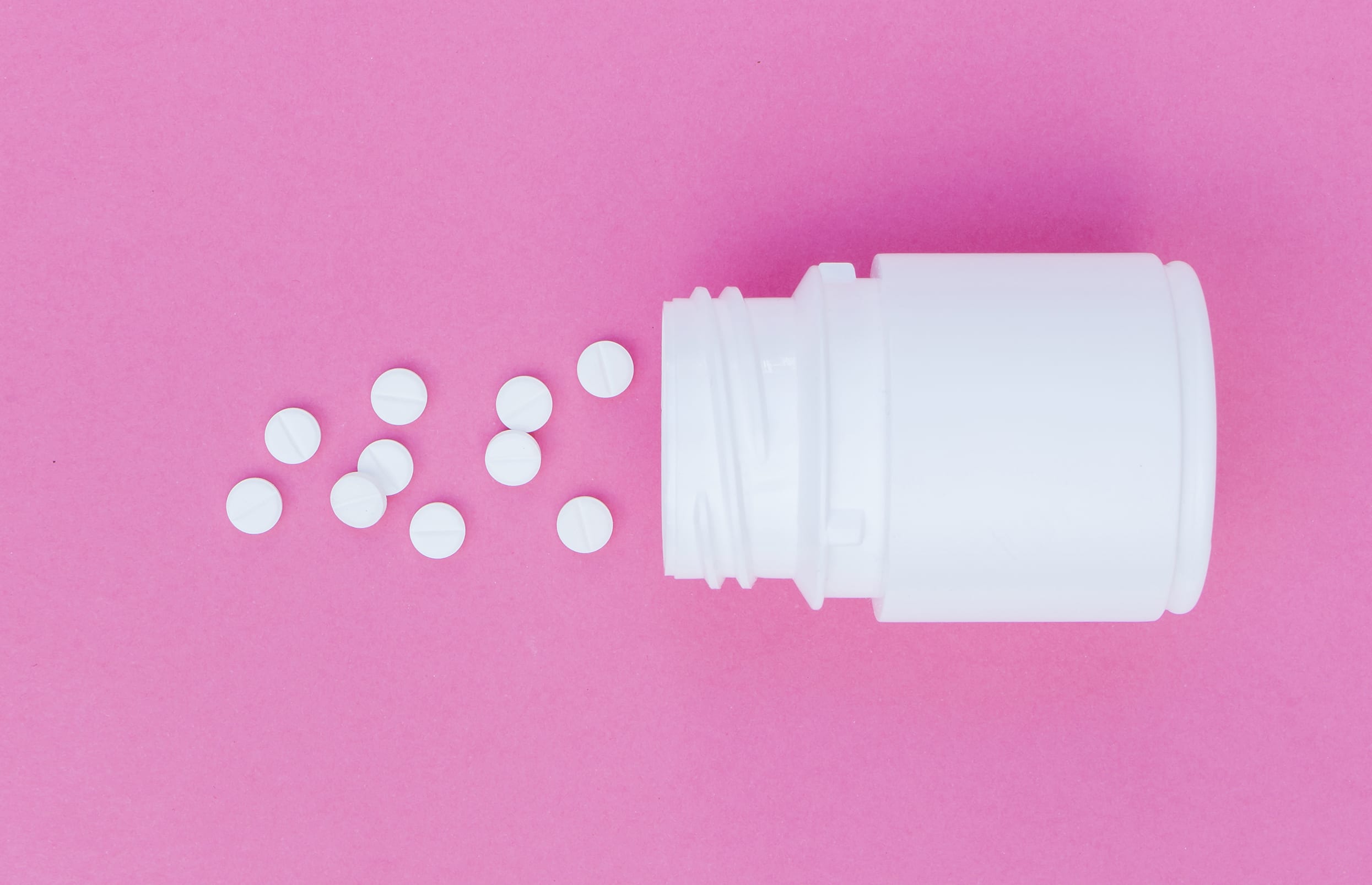 There are foods with health halos. And then there are probiotics, which have practically been canonised. The word itself means—no big whoop—”to give life.” Probiotics are now a nearly $37 billion industry in the U.S. alone. Sales of probiotic-rich yoghurt and kefir surged nearly 30 percent in the past three years. And just slapping “contains probiotics” on a product helps it sell better, says San Diego attorney Tim Blood, who specialises in consumer protection in advertising. Not too shabby for bacteria, right?

In their second act, probiotics—both in food and supplement form—are being promoted as a magic wellness bullet, said to defeat allergies and depression, boost immunity, and even combat chronic conditions like Alzheimer’s, diabetes, and migraines. As a result, they’re no longer limited solely to foods that naturally contain them (such as yoghurt and fermented fare like kimchi and miso); everything from bottled water to tortilla chips is being laced with the friendly microbes.

Look, it makes sense that the gut would be ground zero for easing all kinds of ailments. In the past decade, scientists have discovered that the one and a half kilos of microbes inside the digestive system—some 40 trillion bacteria, fungi, and viruses collectively known as the microbiota—aren’t squatters mooching off a nutrient-rich environment. They’re like a living organ unto themselves, working with the body to lap up nutrients from food, squeeze out germy invaders, and calibrate our immune systems. And since changes in the microbiota have been linked to gastrointestinal conditions like irritable bowel syndrome, adding “good” bacteria in the form of probiotics should boost your health.

But put down your kombucha, friends, because science has not quite proven that’s the case yet, says Dr Robert Hutkins, a scientist at the Nebraska Food for Health Center in Lincoln. Of the hundreds of identified probiotic strains, studies have only ID’d a handful that are helpful in treating specific conditions. And there’s no evidence they have much effect on the microbiota of healthy individuals, per recent studies.

Officials in the E.U., where supplements are more heavily regulated than in the U.S., haven’t authorised the use of the word probiotic to back any health claim. The only approved use related to microorganisms is “live yoghurt cultures and improved lactose digestion.” It can all feel like, well, a punch to the gut. So we asked scientists at the forefront of probiotic research to help us separate fact from hype, and pros…from cons. Here’s what you need to know.

1. They don’t hang out in your gut for very long.

When you nosh or swallow a probiotic, it doesn’t take up permanent residence in your intestinal ecosystem with the bacteria that’s there already, says Hutkins. It might help crowd out a microorganism that’s making you sick (which is likely why probiotics have proven most useful against infectious diarrhoea), but it eventually just passes through the gut. That’s why it’s impossible to take too many; you’ll just poop them out. This in-and-out nature also means that if you’re aiming for a health benefit, you need to ingest them almost daily.

READ MORE: Can You Really Use Probiotics To Fight Acne?

2. The probiotics added to your protein bar probably won’t do much.

Many of the probiotic strains added to foods are chosen because they are safe and can be manufactured cheaply and easily. They’re not necessarily the ones that are best at maintaining health or treating disease.

3. Choosing the right strain is crucial.

Recent research has ID’d a few different magical microorganisms that may help, depending on your health issue, so make sure you have the right strain:

If you’re healthy and want to stay that way… Shoot for 50 to 100 billion CFUs of a combo of lactobcillus and bifidobacterium. Starting with a large amount of CFUs will either keep you riding high (by supporting immunity) or trigger small but yucky reactions, like gas or nausea. If you notice those, scale back to 50 billion, then 20 bill, until you feel like your usual (but better) self.

If you have annoying tummy troubles… Allow your predominant symptoms to guide you. Bloated and constipated? Look for lactobacillus acidophilus or lactobacillus casei, which help restore gut flora. Can’t stop going number two? Types with saccharomyces boulardii can ease antibiotic-associated diarrhoea and even prevent extreme cases caused by infections.

If you get recurring yeast infections… The itch-meets-ouch infection is caused by an overgrowth of bad bacteria. To “recolonise” your vagina, you want the good bacteria that’s found there: lactobacillus acidophilus. Go the direct route. Use 2 to 5 billion CFUs in an OTC probiotic suppository, or wet an oral capsule to soften, then insert it. Pros suggest doing this every other day at the end of your period (three times total for prevention.

If you struggle with anxiety… Your brain and gut talk on the reg and both produce neurotransmitters such as serotonin (the happiness chemical). Experts think balancing your guy may help treat anxiety because it promotes better communications between the two. Opt for lactobacillus plantarum and bifidobacterium bi-fi0dum, two strains for anxiety, per research. Try 10 billion CFUs for three to five days. If your tum feels fine, go up by 10 bill.

Even if a product’s label shows it has the jackpot billion CFUs, they may not all be present when you swallow the pill. That’s because probiotics are living organisms; they can die when it’s too hot (if the label says to refrigerate, do it), and if they swelter too long in transit or on a shelf, the bacteria may be DOA. Meaning, if you’re out running errands, pick up your probiotic supplements last, as they may lose some of their potency if left in a hot car. The good bugs also decay over time, so when you’re shopping, choose the container with the furthest-out expiration date.

5. If you take a probiotic, you need to eat prebiotics.

The bacteria in your gut—both visitors and residents—need to eat too. Enter prebiotics, nondigestible carbs that feed friendly bacteria and help them multiply. They may even be helpful on their own, at recalibrating microbiota that has been thrown out of whack by stress; a recent study found mice who ate prebiotics slept better after a stressful experience. Hutkins advises taking them daily in the form of food, not pills, because it’s difficult to get the needed amount from a supplement. Prebiotics are found in wholegrain oatmeal, bananas, onions, garlic, and asparagus.

6. The probiotic that worked for your friend might not work for you.

Even with antibiotic-associated diarrhoea, which has the best evidence, “you could have seven people take the same probiotic and only have one report a definite difference,” says gastroenterologist Dr Matthew Ciorba, a medical professor who studies human gut microbiota at Washington University School of Medicine in St. Louis. That’s because each person’s microbial makeup is as unique as a fingerprint, influenced by age, genetics, and gender. For example, animal research from the University of Texas at Austin found the microbes living in the guts of males and females react differently to the same diet. Scientists are now studying ways to harness a person’s own microbes to treat illnesses, rather than going for a mass approach.

READ MORE: These Changes In Your Bowel Habits Could Be Red Flags

7. Make sure any supplements you buy are coated.

Some probiotic strains can’t survive the acidity of your gut. So if you’re taking a supplement, make sure it’s coated; the outer shell will help it reach your intestines intact. If you can find only an uncoated version, take it with food to help protect it from the aggressive environment.