3 Easy Ways To Adjust Your Workout So You Burn WAY More Fat
While genetics count for part of your metabolic efficiency, you can give Mother Nature a kick in the pants by simply tweaking your workout regimen... 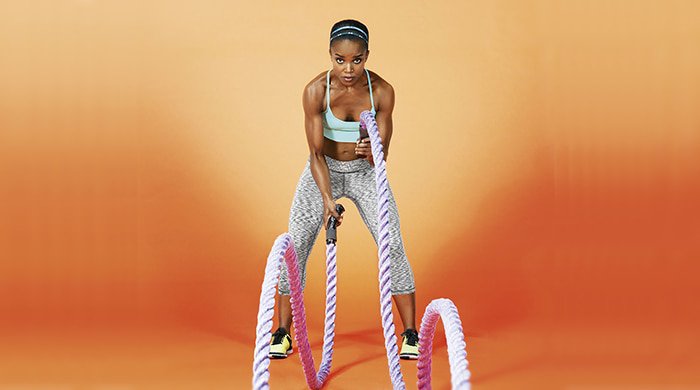 Post-exercise fat-burn can last up to 24 hours – seriously! Here’s how to maximise your burn time…

Don’t curse a sluggish system – crank up your metabolism and boost your kilojoule-burning potential with these three body-revving workouts.

Have you ever watched a slender woman take down a bowl of ice cream and wondered, where does she put it? She doesn’t put it anywhere, actually. Most likely, she has a Maserati-fast metabolism that incinerates fat before it has a chance to take up residence on her thighs. Jealous? Don’t be.

What’s Wrong With My Workout?

While genetics count for part of your metabolic efficiency, you can give Mother Nature a kick in the pants by simply tweaking your fitness regimen. “Your body adapts to exercise over time, which causes your metabolism to fall into a lull,” says group fitness expert Geoff Bagshaw. “Adding variety to your workouts will help you break through plateaus so you continue to see results.” Intensity matters too: exercising harder promotes the growth of lean muscle, which burns more kilojoules during and after your workout, says coach and trainer Craig Ballantyne, author of The Great Cardio Myth. The three strength-training techniques on these pages will inject a powerful double shot of variety and intensity into your usual routine. Replace one of your regular workouts each week with one of these training methods and watch those extra kilos melt away.

READ MORE: 6 Foods That Fire Up Your Metabolism And Burn More Fat

This technique involves doing a resistance exercise with weights and then immediately following it with an explosive body-weight exercise that works the same muscle group. “In contrast training, the movement pattern of the second exercise should always mimic the first one,” explains sports performance specialist Barry Lovelace. In other words, chest presses should be followed by explosive push-ups or dumbbell squats followed by squat jumps.

How the magic works: Busting out an explosive move after a strength move trains your body to recruit more muscle fibres. Researchers at the University of California in the US found that this type of workout – also called concurrent training – increases lean muscle mass while it decreases body-fat percentage.

Try it: Holding a light dumbbell in each hand, stand with your feet hip-width apart and lower into a squat (as if you’re sitting into a chair) for five to 10 reps. Then ditch the dumbbells and do five to 10 jump squats: lower into a squat, then push through your heels to jump off the ground; land softly and immediately lower into another rep. Rest for one to three minutes, then repeat the sequence, working your way up to five or six sets.

READ MORE: Which Is Actually Better: Cardio Or Weights?

You’ll do three or more sets of the same exercise, starting with light resistance and high reps, then increasing the weight and decreasing the reps with each set. A full workout of pyramid sets can be tough – and time consuming – so start by working one upperbody and one lower-body exercise into the end of your workout, says Ballantyne. This way, you won’t exhaust the key muscle groups you need to complete your regular routine.

How the magic works: Unlike other intense workouts that build strength, this technique emphasises muscular endurance – the rate at which your body can continually produce force – which can increase your fat-burning rate.

Try it: Holding a pair of dumbbells at your sides, step forward with your right foot and lower your body until your right knee is bent 90 degrees. Return to standing and continue for a total of 15 reps. Repeat with the left leg, then rest for 20 seconds before doing the second set: 10 to 12 reps, using a slightly heavier weight. Rest, then increase the weight again and do six to eight reps.

READ MORE: Blast Fat In 5 Minutes With This Workout

Fast-and-furious intervals – 20 seconds of all-out effort followed by 10 seconds of rest – are repeated a total of eight times, adding up to a grand total of four minutes. Researchers at McMaster University in Canada found that exercising as hard as you can for short periods of time is as effective at improving muscle and metabolism as sweating it out longer at a lower intensity.

How the magic works: Allout effort keeps your heart rate zipping for the entire workout – even during the rests – and for hours after you kick off your
takkies. The result? You burn extra kilojoules.

Try it: Bagshaw suggests this three-move sequence: starting with exercise one, do as many reps as you can with proper form in 20 seconds, rest for 10 seconds, then repeat for a total of eight rounds. Rest for two minutes, then go to exercise two and follow the same pattern. Take another twominute breather, then do the same with exercise three.

1 / Lunges with biceps curls: Holding dumbbells at your sides, step back and lower into a lunge, simultaneously curling the weights up to your shoulders. Stand and repeat, alternating legs.

2 / Squats with overhead presses: Hold dumbbells at shoulder height and lower into a squat. Press the dumbbells directly overhead as you stand.

3 / Push-ups: From the top of a push-up position – or modified push-up position, with your knees on the ground – bend your elbows to lower your chest to the floor, then push back up to start.

Take your workout to the next level with these 3 moves. Plus: Try these 5 squat variations to sculpt your bootay!