Your Constipation Could Be Connected To Having An STD
A new study from Yale University indicates that your dietary choices may not be to blame. Constipation can actually be a side effect of herpes infections. 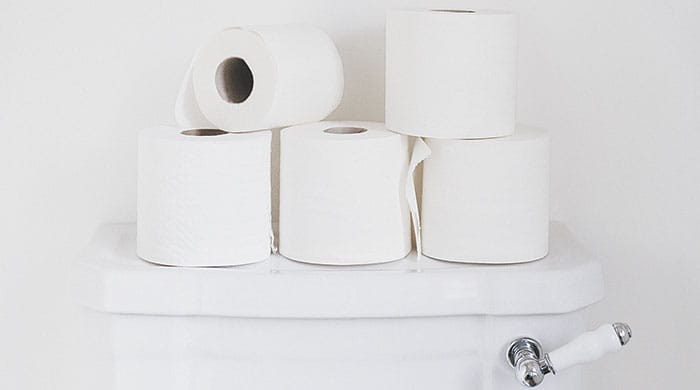 By Macaela Mackenzie
Diet’s not the only thing at play. Your constipation could be connected to having an STD…
Not being able to poo can put a serious strain on your day – not to mention your anus. While you might be tempted to load up on fibre, a new study from Yale University indicates that your dietary choices may not be to blame. Constipation can actually be a side effect of herpes infections.
Responding to individual accounts from patients with herpes who’ve complained about their trouble pooing, researchers conducted a study in mice to see if there might be a link between the seemingly unrelated issues.
They modelled the herpes simplex virus-1 (which causes most genital herpes cases) and found that it can spread from its original home in the genitals to nerves in the spinal cord. From there, it moves on to neurons in the colon.
It turns out, the damage to these neurons prevents the normal movement of food along the digestive tract, causing constipation and possibly even an enlarged colon to ensue.
Of course, this study was done in rodents, not humans. But oddly enough, the progression of the herpes virus in mice mimics some aspects of how it affects people. And according to the researchers, these results reveal a previously unknown path for how the virus progresses. For those suffering with chronic constipation without a clear cause, this may mean that a viral infection could be at play.